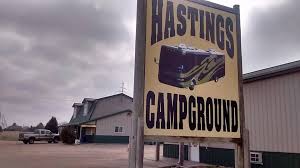 According to a recommendation from the Hastings (Neb.) Planning Commission, visitors to the Hastings Campground, which is popular with visiting workers, may be able to stay there longer than three months but must provide employment documentation, according to the Hastings Tribune.

The permit provided by the Hastings Development Services Department is an update of the document originally approved by the Hastings City Council on April 11, 1994. The update includes a series of conditions to replace one of the original conditions stating visitors may not stay longer than two weeks.

One of those conditions states seven spots could be used up to three months at a time. After three months, the visitor must leave the campground for 72 hours.

However, another condition states that if there is a city development and/or economic need proven with the employment documentation or a copy of a contract that would make it necessary for a stay longer than the three-month maximum, this could be approved by the city’s director of development services or a designee for an additional three months at a time for as long as the project occurs.

Campground owner Richard Thompson told the commission when he and his wife, Celeste, purchased the campground 12 years ago they were not told there was a conditional use permit on the property.

Development Services Director Lisa Parnell-Rowe said her department received complaints from the public about residents exceeding the current two-week limit and about a lack of barriers surrounding the property.

Thompson said he and his wife received notification of the permit in May.

“I have made every effort to comply with everything on it,” he said.