By: Ben Quiggle|Published on: May 5, 2020|Categories: Industry News| 0 comments 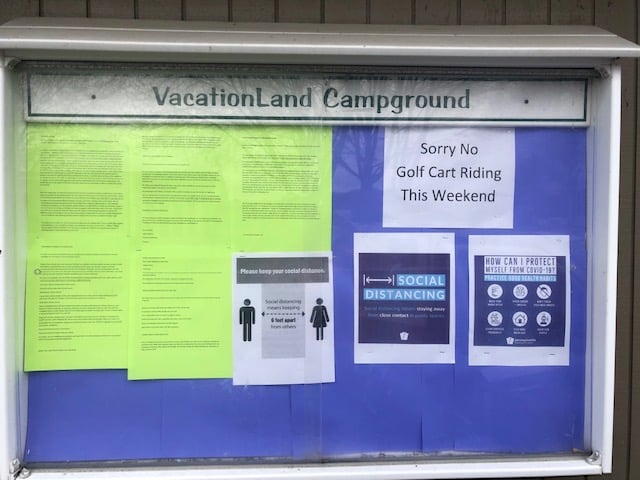 Goddard Park VacationLand Campground has posted signage around the park to inform campers on current restrictions and rules that are in place.

For some park owners the wait to reopen ended this past weekend with states such as South Carolina and Pennsylvania allowing private parks to reopen their doors to campers. Throughout the country state and local officials are evaluating stay at home orders to slowly reopen their economies.

For the campground owners that are being allowed to reopen it is a sign that hopefully the worst of the COVID-19 crisis is behind them, but the future is also filled with question marks as they operate their parks in an environment that is entirely new to everyone.

WOODALLSCM.com (WCM) caught up with park owners as they were preparing to reopen their parks on Friday (May 1) and again on Monday (May 4) to get an update on how the first weekend went.

Usually, most Northern tier parks in the U.S. have opened their doors and are now housing returning seasonals and weekend campers as they prepare to be packed during the summer months, beginning typically around Memorial Day.

But while in some places campgrounds are starting to reopen, the activities and amenities that many campgrounds offer are still closed, including pools, jumping pads, playground equipment … etc.

“Camping looks different this year,” explained Lisa Shadron, owner of the 600-site Goddard Park VacationLand Campground in Sandy Lake, Pa. “Our bathhouses are closed, as is our office and campstore, and we are doing curbside check-in. Our campers can basically come shelter-in-place at the campground and enjoy some different scenery. They can walk around, but they can’t socialize and go onto other campers’ sites.”

“That was kind of like taking their kidneys,” Shadron said with a laugh.

She told WCM that she had been preparing for reopening by watching the webinars put on by the National Association of RV Parks and Campgrounds, and working with other campground owners in the area.

“We have all supported each other and we have all prepared the same way,” Shadron explained. “We have been putting our rules in place to prepare for reopening and we feel we are ready to handle more campers.”

In Milton, Pa., the Yogi Bear’s Jellystone Park Camp-Resort at Shangri-La was also preparing to open its doors on May 1. With 191 sites, Desiree Schulz, manager of the park, told WCM that the park had about 83 sites filled during the weekend.

“We were planning to open Mothers Day weekend, so on March 8,” she explained. “But then we got the news that we could open on May 1 and of course the phone started going crazy immediately and we began prepping to open on May 1 instead.”

One of the normal rituals at any Jellystone Park is waking Yogi and Boo Boo from their hibernation, something Schulz had already planned to do Mother’s Day weekend.

“Typically, we would do it during our first weekend open for the season, but since we already told people we are doing it next weekend, we have set up an area where people can walk by, see the bears sleeping and leave them a note,” she explained.

Changes abound at the park as most activities are closed.

“We have our store open for business but closed to most entry,” she Schulz explained. “In other words, unless they absolutely have to come in we’re asking them not to and if they do come in, we’re asking them to wear a mask per the governor’s order about face to face contact.

Recreational hotspots like playgrounds, pavilions and other common areas are all closed. Housekeeping staff at the park is cleaning the open bathhouse and laundry facilities hourly and are filling out logs that show when they cleaned those areas.

“We are leaving 72 hours between cabin rentals for the cabins that are open,” Schulz explained. “We have our maintenance crew after every checkout going through RV sites and wiping down the pedestals, the water hookups, and the picnic tables. Right now we’re lucky because the park hasn’t been full. We’re able to switch picnic tables out to ones that haven’t been used.” 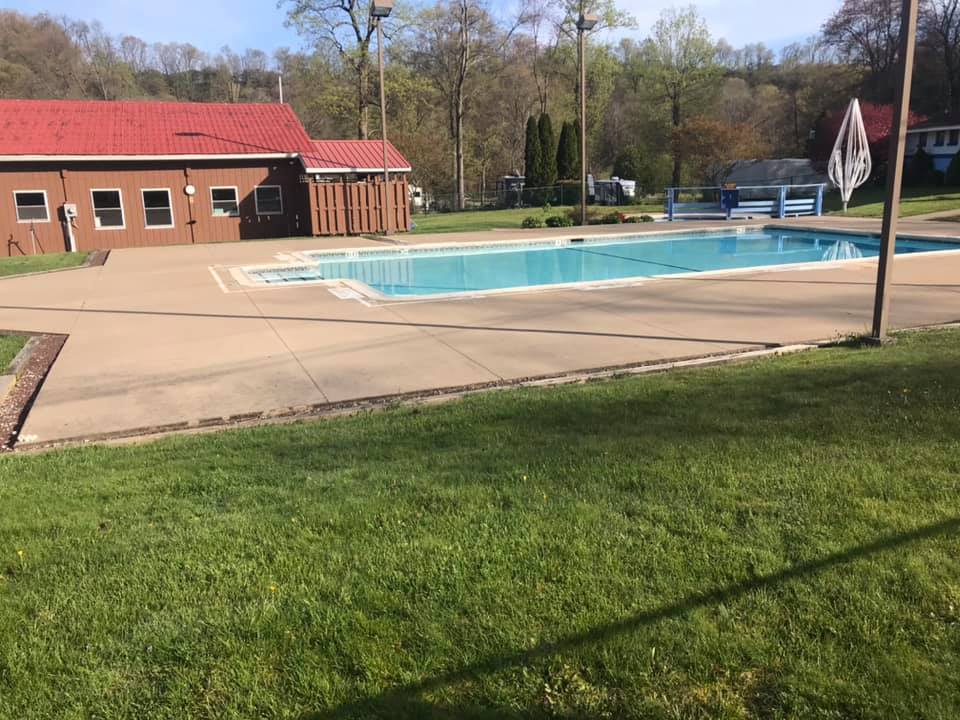 The Yogi Bear’s Jellystone Park Camp-Resort at Shangri-La in Milton, Pa., is keeping its pools closed as they work through the COVID-19 crisis.

In Myrtle Beach, S.C., Ocean Lakes Family Campground was also preparing for opening day on May 1. The campground handles thousands of campers, with more than 2,500 lease sites and more than 800 campsites. Located right along the Atlantic Ocean, the park’s beach stretches for a mile.

Barb Krumm, the park’s director of marketing and public relations, told WCM that Ocean Lakes has been in constant contact with local officials, other park owners in the area and with the Carolinas Association of RV Parks and Campgrounds (CARVC) as the park prepared to reopen.

Normally the park is prepared to handle another natural threat, hurricanes, and Krumm said some of the things they do to prepare for hurricanes gave the park a blueprint on how to adapt to the coronavirus.

“It is the way that we communicate to our guests,” she said. “We are asking people to do express check-in or if they are coming in a few weeks we are mailing them their passes so they can head right to their sites. It is about finding ways to do things like that and protect both our workers and our campers.”

Signage is located all over the park as sports equipment, playgrounds … etc. are all roped off. The park’s staff are wearing masks and sometimes gloves. Two of the park’s five bathhouses are open with limited hours of availability.

The park’s housekeeping staff are all hired by the park, so Krumm noted that it gives the park the flexibility to ensure everything is getting cleaned properly.

Expecting to fill 289 campsites over the first weekend, Krumm said that was a huge dip from normal because the park would typically be near the 83% occupancy range.

Everyone WCM spoke with said they felt additional pressure not only due to the COVID-19 crisis but because they didn’t want to mess up opportunities for other park owners or local businesses by being irresponsible.

Shadron said her park was going to have security patrolling the park to ensure campers were following social distancing guidelines.

“We are asking all of our campers to be respectful and helping them understand that these rules weren’t put in place just because we felt like it,” she explained. “We feel like we have the weight of the world on us because we know the whole nation is watching us, and you can’t mess this up because as an industry we want all the campgrounds opened.”

Schulz explained that they have a responsibility to their guests, the Jellystone brand and to the industry at large.

“We hate having to be strict with our guests, but we have to be,” she said.

Ocean Lakes has instructed security guards to patrol more of the beach than they normally would to avoid packed beach images like the ones that popped up in California recently.

“We understand the need to be responsible and the locals want us to be open and we want to be open too, but it can easily cause issues,” Krumm explained. “I think all of the businesses in this area are holding their breath and hoping everything goes smoothly.”

“Our campers were so happy to be out and they were very cooperative,” she mentioned. “They did very well following social distancing guidelines.”

“There were two times when we had to stop people at the gate and apologize that there were no visitors allowed in the park, but other than that our campers were very good,” Schulz added. “By 9 p.m. on Saturday night, the park was quiet and everybody was inside their units. I think they exhausted themselves because of how many walks they took. They had a nice weekend and the weather was beautiful.”

Campers at VactionLand also did well, according to Shadron, even though restrictions were in place.

“I think more some of our campers had to deal with the fact that the park is different than when they left last fall,” she explained. “It is a different world, but it is still a happy place to be.”

“They had campfires at their own sites with family and it was almost like good old fashioned camping,” she explained. “A lot of our campers had masks on, which isn’t something you are used to seeing in this type of environment.

“Most of our campers were happy to just be able to get out of the house and enjoy the outdoors,” Shadron added.

She explained that a lot of campers were asking when the park would be opening the pool, but Shadron noted that would take some more work to figure out how to manage that setting. 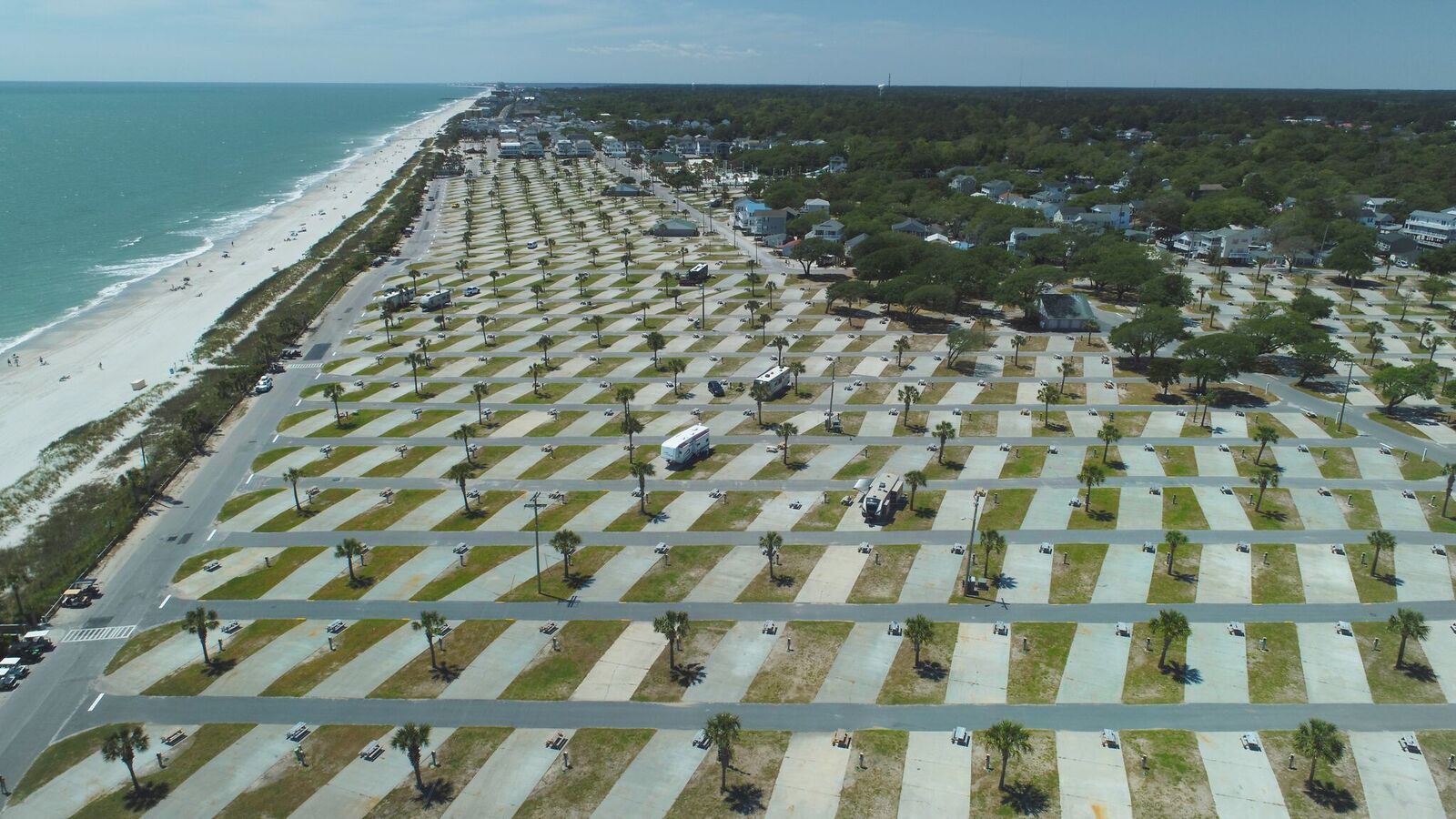 Ocean Lakes Family Campground was mostly empty as they worked to reopen.

In Pennsylvania, campground owners are hopeful that they can begin loosening restrictions on May 8. Although as with anything during the crisis, things can change in a split second.

“I think we all wish this whole crisis was over with,” said Shadron, no doubt echoing the sentiment of many campground owners.

While some park owners were able to open on May 1, others found themselves still preparing for when they could open their doors.

In North Carolina, Irina Yashkova and her husband, Kal Karmous, are preparing to hopefully open the 67-site Seahaven Marine RV Park on May 8, when the state’s stay-at-home order is set to be lifted.

The park attracts a mix of seasonal, transient and work campers and offers chartered fishing trips.

“We have established practices for operating during the coronavirus,” Yashkova explained. “We’re cleaning surfaces that are used by customers. We’ve removed all the tables and chairs from any public areas. The only picnic tables we have are on the lots and we can clean those before and after customers leave and arrive.”

The park also offers contactless package delivery for campers that have packages delivered to the park. With no bathhouse at the park, Yashkova noted that what seemed to be a disadvantage at one time is now an advantage.

“We don’t have too many things to manage, and all these sites we have are full hookups,” she explained. “Every single unit that comes on-site is independent and self-contained.”

Yashkova said anyone who camps at the park is signing a memorandum of understanding that highlights the park’s rules.

The park is also working with the charter boat companies to stagger the boats they bring in to take fishing groups out. Instead of two boats at a time, Yashkova is working to make sure they only bring one boat.

“It will decrease the number of people that are grouped together on the dock,” she noted. “We’re just making a conscious effort to separate people as much as possible and we’ll see how it works, and if we need to make any adjustments we will, but everybody has an understanding that it’s necessary this year.”

Still, Karmous said the park is eager to open as the impact on business has been significant.

“We haven’t been able to take in any short-term customers, so we have lost a ton of business,” he explained. “Hopefully, the order is lifted on May 8 and we can begin to implement all of the new procedures we have been working on.”