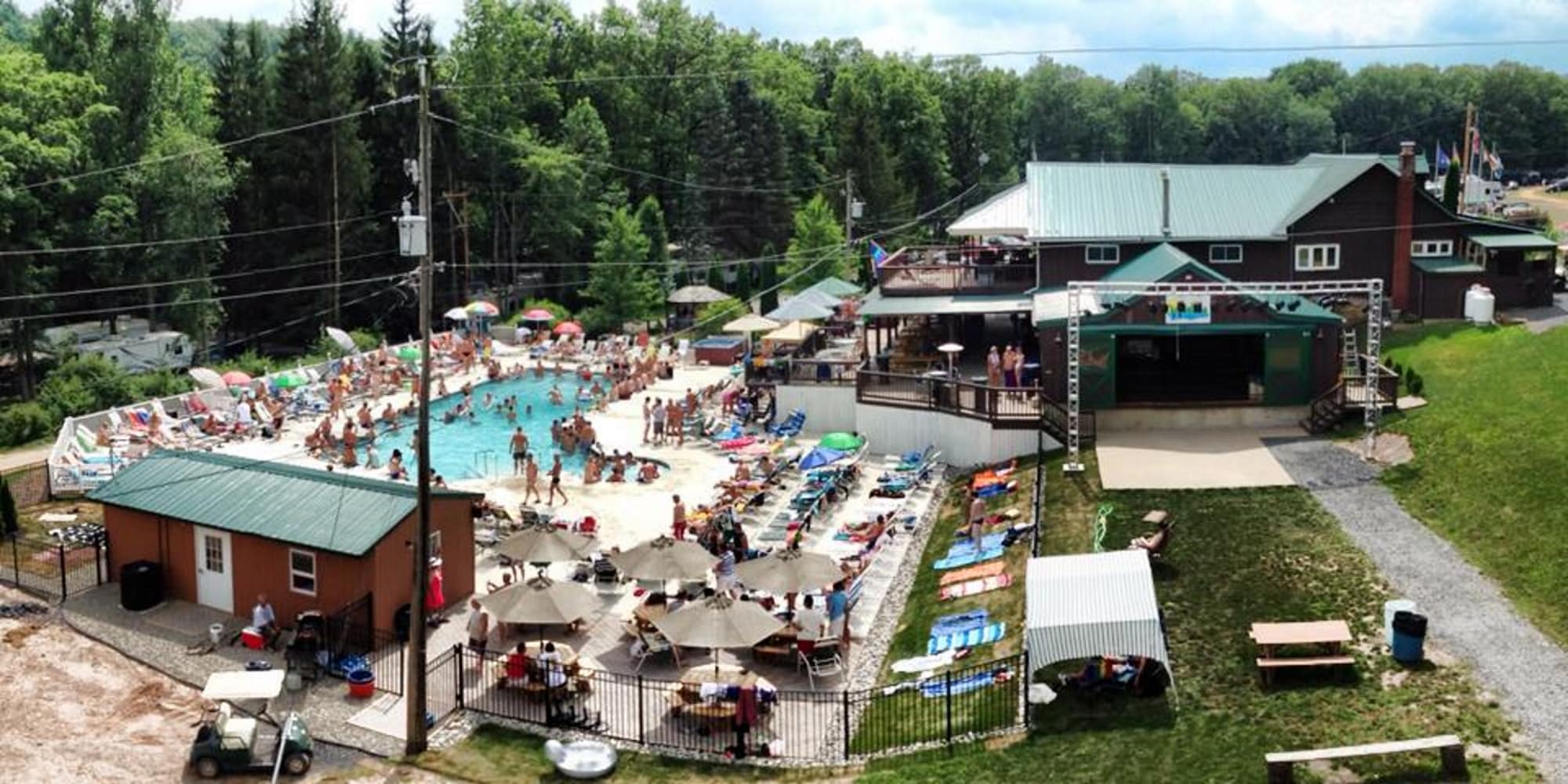 The Woods Camping Resort, along with other LGBTQ-friendly parks, continue to focus on amenities amid an increase in interest.

Editor’s note: This article was written by Sue Bray.

Recent Gallup polls report that Americans believe that close to 25% of the U.S. population may be gay, lesbian, bi-sexual or transgender. Although these are not extensive demographic reports, the actual number is probably closer to 5%, according to Gallup.  Regardless, this group is a visible, financially viable portion of society, and like the rest of Americans, increasingly becoming a part of the RV community.

Enter a growing number of campgrounds specifically catering to the LGBTQ lifestyle, not only offering traditional RV sites, cabins, and amenities such as pools, hiking trails, cafes and bars, but also scheduling weekend events, parties, concerts and contests.

Pat Gremling purchased the 161-acre Woods Camping Resort 17 years ago. As a child, he lived about a mile away from the park and recalls visiting it when it had operated for 40 years as a hunting campground. When he learned that the owners were considering putting it on the market, he and his husband approached a friend to enter a partnership to buy the property and convert it into an LGBTQ park. Located in Pennsylvania’s Pocono mountains, today The Woods offers 250 campsites, park model RVs and cabins, plus tent camping in overflow fields. The park’s clubhouse includes the Woods Café and dance club, a lanai and giant pool, hot tubs, a poolside lunch cabana and a bonfire area.

How does he do it? Everyone who stays at the park must be a member, paying $40 per season or $25 for a one-time visit. As they sell out nearly all of the 24 weekends they are open during the year, they don’t need to advertise, but essentially rely on word-of-mouth. Today, 13,000 people, 95% who are men, have joined the Woods Camping Resort. Every weekend, the park throws a themed party or concert, from scheduled hikes to costume parties to parades to “Heyy” Rides to leather contests to karaoke to “bear” events. (The pool area is clothing optional.)

Gremling is employed full time as a national sales representative selling radio ads. “I always loved throwing parties, and I love the outdoors and camping with my husband. At The Woods, we have fun. I do my best when I’m developing a party atmosphere for our themed weekends.  Gay men like to let loose, forget about their everyday job, and act like a kid again. We try to develop a community where they can be themselves.” 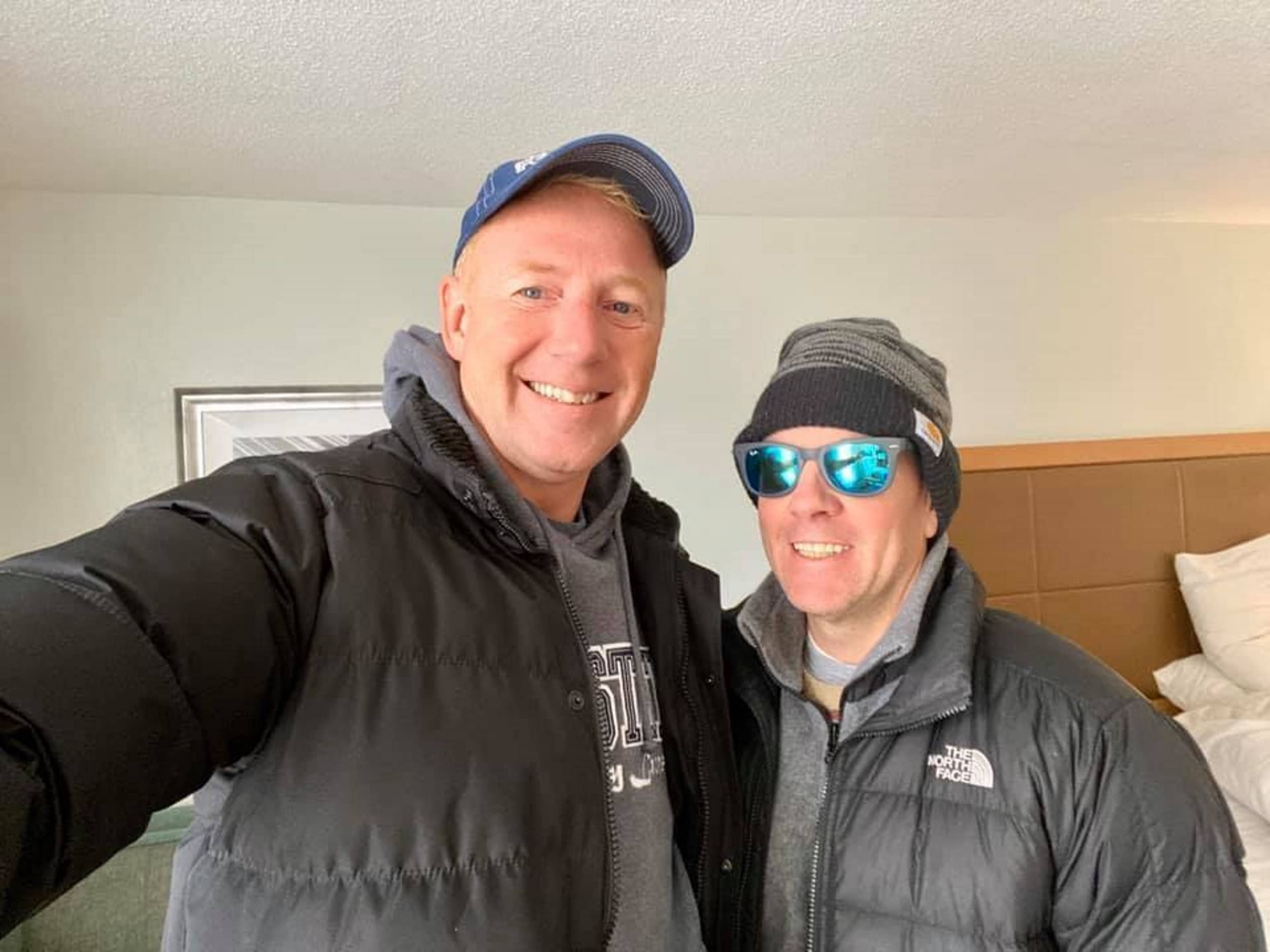 Pat Gremling, on the left, purchased the Woods Camping Resort 17 years ago.

Rodney Altemose is dean of a community college in nearby Bucks County, Pa. He and his husband go to The Woods eight or nine weekends each season and have been doing so for the past 11 years, primarily because they have friends there.

“It’s an inclusive, friendly environment,” he says. “From the beginning, we felt like we were at home. We didn’t have to worry about walking around holding hands, kissing each other and protecting ourselves. It’s totally liberating.”

He continues, “The grounds are immaculate, and Pat’s guests treat the campground like it’s their own home. It’s also starting to become extremely popular right now and even getting hard to get a site when reservations open in early March. It’s an hour and 15-minute drive for us and I get so excited to get there because I know it’s going to be a great weekend.”

Paul Narsavage, a computer programmer from Bethlehem, Pa., leases a permanent site at the Woods and has been camping there since Pat opened it 17 years ago. He’s surrounded his fifth wheel with a deck and a shed and keeps his equipment there all year.

“I originally went there as a great social outlet,” he says. “Because it’s LGBTQ, it allows me to be myself and not feel uncomfortable. I always liked going camping, so I was really intrigued when I found out about it and could go up there every weekend.  It’s basically a summer home where I don’t have to worry about being gay, being out and I don’t have to hide anything. It’s great to be me.”

On the shore of Lake Limestone in central Texas, Rainbow Ranch Campground is more family-oriented than The Woods. Originally developed in 1997 as a tent camp for lesbians, over the years it expanded to include men and families. Brad Camp had been regularly visiting the park for about four years when he realized the owner was going to sell the 150-acre property. He and his husband owned a real estate management company in Dallas, specializing in commercial leasing. They decided they didn’t want to lose the option of visiting Rainbow Ranch so weighed the options and in 2004 decided to buy it.

The park is open all year and is equally distant from Dallas, Houston, and Austin, attracting guests primarily from Texas, Oklahoma and Louisiana. Eighty of the 150 RV sites are leased on a monthly basis, and there are also eight cabins, a four-bedroom house and tent sites available for rent. It’s the largest gay campground in Texas and enjoys 100% occupancy on holiday weekends. 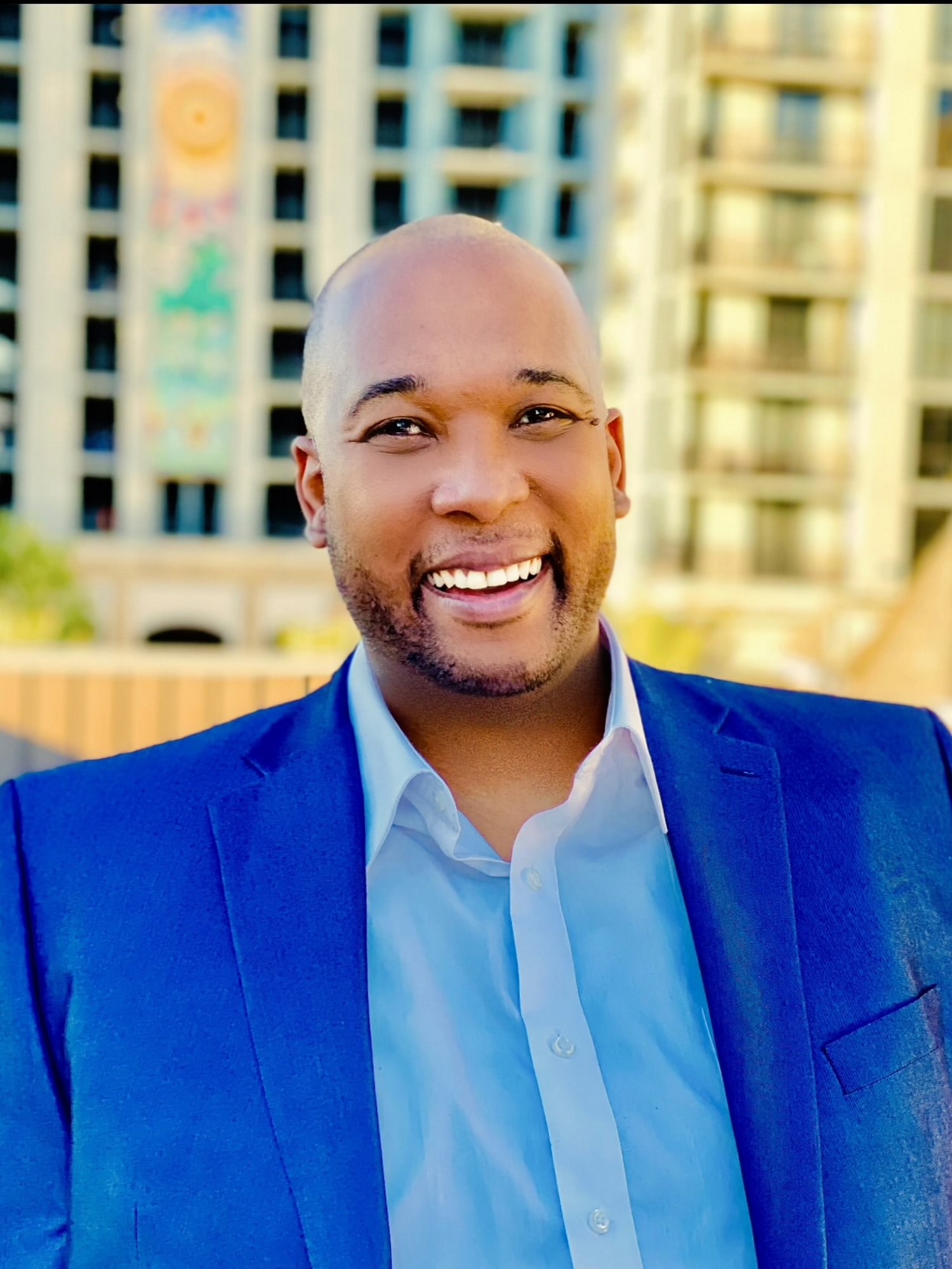 Unlike The Woods, Rainbow Ranch attracts women campers as well as men – about a 50-50 split. But like The Woods, Brad recognizes that it’s the park’s events that attract customers.  “Straight campgrounds can pull from a traveling audience. We don’t. They don’t have to be as event-oriented as we are. We need to draw our customers to our events,” he says. “We’re working with only 1/10th of the population.”

Accordingly, the park offers both men’s and women’s weekends, pool parties and themed weekends such as Drag Bingo, Luaus, Mardi Gras and Chili Cookoff/Ho-Down Weekends. They celebrate many holidays such as Easter, Memorial Day, Labor Day, Halloween, New Years and Fourth of July, complete with a fireworks show. Many of the weekend events include families with children; some do not. Some are women’s weekends, while some are exclusively for men.  “If we have events planned which are not oriented towards kids, we let people know ahead of time,” says Brad. “We try to be all-inclusive.”

Sawmill RV Resort in Dade City, Fla., bills itself as the premier gay and lesbian community in the Southeast, with themed events taking place every weekend of the year, a large heated outdoor clothing optional pool, four bars, a restaurant and a nightclub. Located between Tampa and Orlando, its goal is to draw city people to a country setting, according to the general manager, Justin Pamplin.

The resort is owned by an HOA of approximately 100 shareholders who purchased the park in 2011. Pamplin came on board a year later. Today, there are 122 resident sites, 68 RV rental sites, 49 tent sites and 32 cabins on the 120-acre property. 70% of the shareholders live in the park year-round, and many of the RV sites are occupied all winter by Florida snowbirds.

Justin, who is 39, sees his biggest challenge as attracting a younger generation of guests.  “Unfortunately, gays are aging out of camping. So, we’ve become more than just a campground. We offer high energy entertainment, more like a cruise ship. We take a lot of pride in our entertainment value and our great amenities. We’re always reinvesting more money into the park, and we’ve just remodeled our nightclub.” The park also sponsors women’s weekends four times per year.

Sawmill charges an annual membership fee of $35, and most of the member fees are renewals.  They require that all members be 21 years of age. No children are allowed.

​Both Sawmill and The Woods saw upswings in visitors in 2020 due to the COVID pandemic.   “Many New York City people who normally go to Fire Island during the summer couldn’t go this year because things were shut down there,” says Gremling. “They found us online, and they came.”

Likewise, Pamplin believes Sawmill attracted many new guests during the past year because the precautions they had put in place gave campers the perception that they were a safer option.

Paul Narsavage observed, “Ironically, some New York people came and stayed in cabins last year and it really expanded their view of what a campground is. We got an influx of people who don’t normally camp, and they didn’t feel like they were roughing it. It will be interesting to see what happens this year.”