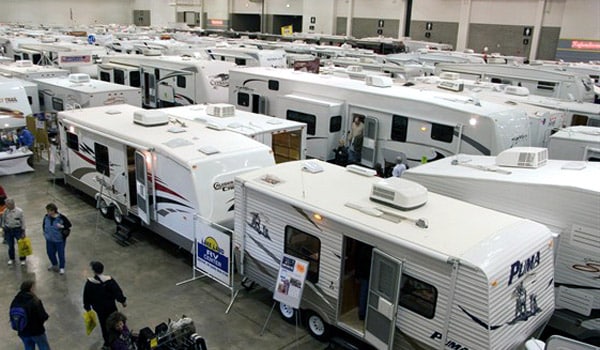 The York RV Show has been canceled for 2020.

Due to COVID-19 and concern for the safety of attendees, the Pennsylvania Campground Owners Association (PCOA) has canceled its fall RV show, which had previously been planned for Oct 2-4 at the York Fairgrounds Expo Center, according to PCOA officials.

“We held off as long as we could from canceling the RV show, but unfortunately we have no choice,” said Beverly Gruber, executive director of the association. “We are extremely saddened at not being able to host the RV show this fall.”

“It’s unfortunate; campers have been anxiously awaiting the chance to attend a show,” added Jason Vaughan, incoming executive director of the association.

“We look forward to our dealers, members and industry partners joining us in 2021 at the last RV show of the season,” said Vaughan.

The York RV Show has grown to take advantage of three of the buildings located at the York Expo Center. Ideally located within minutes of major highways, the three buildings boast over 135,000 square feet of space to display the new model year RVs and campers. Outdoor RV displays are also available and make enjoying the great outdoors and approaching spring a great addition to the show, noted officials.

For more information about the RV Show, go to Yorkrvshow.net. The show is owned by PCOA, a non-profit trade association that represents RV parks and campgrounds in Pennsylvania. Each of our member campgrounds is individually owned and operated.