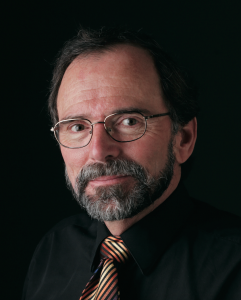 I have been doing a bit of flying lately, and this has given me pause to think about how both airports and airlines have either adapted to external factors or have been doomed to fail. To survive — and indeed to succeed — any business needs to be aware of changes in its surroundings and to keep a proverbial ear to the ground. You may not be listening for an oncoming stampede of buffalo, but the consequences could be just as dire.

It was not simply the airliners being flown into the Twin Towers and the advent of the Transportation Security Administration (TSA) that changed the way we fly forever. There were other, much more subtle factors that came into play over time that changed flyers’ mindsets in the air and on the ground. Let’s examine two issues: Reading and restaurants.

In years past, passengers tended to either nap or read while flying. On short flights, the monthly airline magazine and the (now defunct) “SkyMall” catalog would keep many people occupied. For longer flights (or for frequent flyers who had already read that month’s literature in the seatback pocket), you would find passengers reading books, magazines, and newspapers like The Wall Street Journal or USA Today. Booksellers were among the busiest stores in the airport terminals.

If you were an airport bookseller, life was good … until external factors came into play. Those started with e-Readers like Kindle, but the real game-changer was when the airlines started offering Wi-Fi on flights. The same people who were glued to their phones and tablets when on the ground could now remain equally attached at 30,000 feet.

Back in the 1960’s and 1970’s, one of my cousins was the manager of the upscale restaurant at Bradley International Airport (my local airport, serving Hartford, Conn., and Springfield, Mass.). In those pre-TSA days, half of the restaurant’s clientele consisted of people who drove to the airport from the Hartford or Springfield areas specifically to dine at The Terrace Room.

Most passengers back in those days probably grumbled about the shrink-wrapped serving trays but were content with eating the meals that were routinely served by their Eastern, Northeast, Pan Am and TWA flight attendants, and airline catering companies were just as busy as baggage handlers. The first game-changer was when the airlines stopped serving meals to the coach class passengers who make up the bulk of each flight.

If they are not being fed in flight, passengers quite naturally turn to restaurants in the airport terminals. Fast food generally rules because it is, by definition, “fast” at a time when passengers have mere moments to spare after snaking through the TSA screening process.

Because only ticketed passengers are allowed into airport terminals these days, there are no opportunities for restaurants to solicit business from folks without boarding passes.

On the other hand, with fewer nonstop flights, restaurants in hub airports like Los Angeles, Denver, Atlanta’s Hartsfield-Jackson, Chicago’s O’Hare, Charlotte’s Douglas International, and Washington, D..C’s Reagan National tend to offer more variety in dining, capitalizing upon sometimes-lengthy layovers between connecting flights. One of my favorites is Café Intermezzo, located in Terminal B at Hartsfield-Jackson Airport,in Atlanta. The restaurant features fine dining, an extensive alcoholic and non-alcoholic beverage menu, and — this is the kicker — a bookstore.

Are you starting to get a feeling for how it is possible to adapt to external factors? At a time when standalone airport bookstores are struggling, adding bookshelves to a restaurant wall serve to supplement the dining experience without cannibalizing dining space or adding to the business’s rent.

Bringing this concept back to the ground — to the campground, specifically — is your campground keeping abreast of external developments that can either positively or negatively impact your business?

These can include low gasoline prices, highway construction detours, flooding and other extreme weather incidents, the potential onslaught of the Zika virus, the proliferation of drones (and their potential threat to the privacy of your guests), and overall upturns and downturns in the local, regional and national economies.

As you can see, some of these are positive, others are predominantly negative, and in some cases negatives can be turned into positives. The important thing is not to be caught off-guard but to see these influences coming. Only with that knowledge can you prepare to develop strategies that will allow you to make the best of every situation that is beyond your control.