Pelland: Are You Limiting Or Expanding Your Markets? 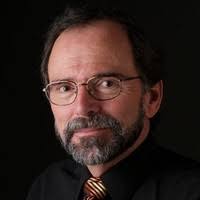 Editor’s Note: This column was written by Peter Pelland, CEO of Pelland Advertising, a company that he founded in 1980 and that has been serving the family camping industry for nearly 40 years. His company specializes in building fully responsive websites, along with producing a full range of four-color process print advertising, for clients from coast to coast. Learn more about Pelland Advertising at https://pelland.com/.

I recall back in early 2013 when I was one of the first people to suggest that an effective way for campgrounds to expand their markets was to stop thinking that their campers came in only one flavor, vanilla. At that time, and up until recently, many campground owners were still under the mistaken assumption that camping was strictly a middle-class Caucasian American pursuit.

Stereotypical photos on websites and marketing materials, perhaps unintentionally, sent out a subliminal message that did not exactly put out the welcome mat for Hispanic, African-American, Asian-American, and international guests. In the interim, industry studies have consistently demonstrated that some of the greatest growth potential is coming from these “non-traditional” campground market segments. As political candidates suspect, and the 2020 United States Census will no doubt confirm, the combination of various minority population segments now accounts for a cumulative majority of the American population.

According to the U.S. Census Bureau, Hispanics and Latinos alone now comprise nearly 19% of the population in the United States, projected to reach 25% by 2045. Of these, 90% speak English, 78% speak Spanish, 69% are bi-lingual (Spanish and English), 22% speak only English, and 9% speak only Spanish. Are you reaching out to this vast market, or are you simply following an outmoded and incorrect stereotype that says that Hispanics and Latinos are not part of your customer base?

Most small businesses work on very small margins, and incremental increases in income can make the difference between profit or loss. Factors such as additional retail sales in your store, extended stays, lower credit card processing fees, propane fills, and firewood sales all come into play and have a cumulative effect; however, these shy in comparison to the potential of an overall increase in market share.

For several years now, my company has been building French language versions of websites for clients in the northeastern United States and the predominantly English-speaking Canadian provinces, in a concerted effort to draw significant percentages of French Canadian vacation traffic. Those clients have frequently been complimented by their French Canadian customers, thanking them for providing a French language version of their website that was thoughtfully created, carefully translated, and contained full content.

A typical comment that was shared with us not that long ago (accompanying a reservation that was made with one of our campground clients) read, “Thank you for your French site. It’s the first time that we see this quality of French language out(side) of Quebec, whether it was on menus in restaurants or on web sites. Nice work and nice attention.”

The message that is conveyed to customers says “we want your business and we care about your business.” Although there is no comparison with a professional translation and unique page content that will be properly indexed by search engines, even a Google Translate widget is a step in the right direction.

We all make buying decisions that are based upon purchasing products and doing business with companies that lie within our personal comfort zones. Those comfort zones may be defined within a variety of standards, and they are particularly crucial when you are trying to persuade a group of people to try something new. What better way could there be to communicate with new customers than for your marketing to speak their language?

In the case of the French Canadian market, the need generally applies to businesses within driving distance of Quebec. In the United States, those historical destination markets include Old Orchard Beach, Maine; Hampton Beach, N.H.; Cape Cod, Mass.; The Wildwoods and Cape May, N.J.; Ocean City, Md.; and Virginia Beach, Va. In the case of the Hispanic and Latino markets, there are no regional limitations. If you are running a business in the United States today, you need to be reaching out to these vast and growing populations in the language that represents their comfort zone.

As another example, I encountered a website of a Canadian campground just this week that was blocking traffic from every country outside of North America. It was not just blocking traffic from hacker havens like Russia and North Korea, but countries in the United Kingdom and Europe that are significant sources of international tourism. This was being done as somewhat of a nuclear response to the vulnerabilities of WordPress and similar platforms to brute force attacks – generally from foreign players – that attempt to gain access by guessing usernames and passwords. Rather than seeking out a stable hosting solution, band-aids are often applied in the form of tools like the “Block Country” plugin. Say goodbye to any prospects of attracting international guests!

Think of automobile manufacturers back in the days of the Chinese Cultural Revolution who viewed China as nothing more than a nation of people who rode bicycles and rickshaws. Did that mean that the Chinese middle class did not want to own automobiles, or did it mean that the biggest demand in automotive history was ready to flourish? In hindsight, we all know the answer, and the companies that have successfully tapped into this market are doing so in their new customers’ native language, using marketing messages that are consistent with their native culture.

You have new markets to explore, both close to home and around the globe. Reach out to them, allow them to hear you, and speak their languages.