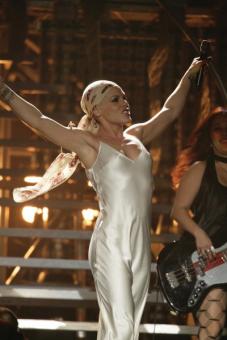 Pop singer “Pink” celebrated her 31st birthday by getting close to nature and spending some time relaxing with her husband, Carey Hart. The couple went camping at Cachuma Lake, close to Santa Barbara.

Reports from Perez Hilton say that Pink and Hart were kicked off the campground after complaints were filed by fellow campers saying that they were playing their music too loudly and it was disturbing others, examiner.com reported.

Pink Tweeted about the incident at the campground and said: “F*** it all, I love camping. We are the only couple I know that can get kick out a campground.”