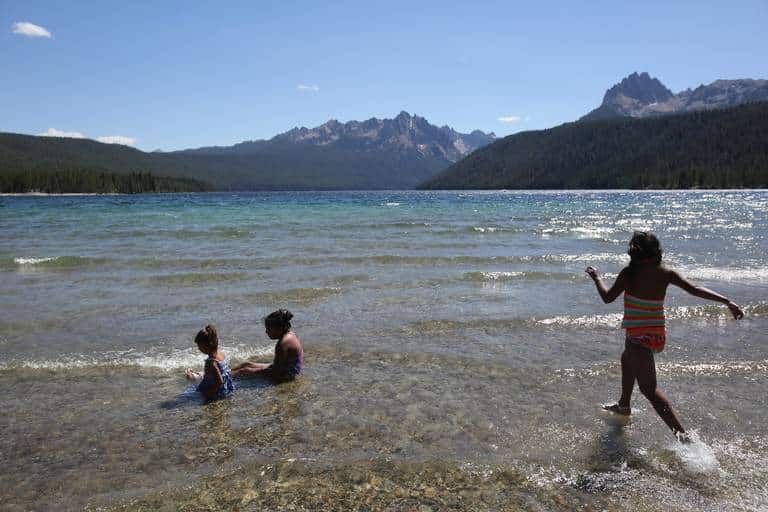 Redfish Lake at the base of Idaho’s Sawtooth Mountains is a picturesque spot for camping, hiking, fishing — or just cooling off.

U.S. Forest Service officials on Tuesday (Oct. 1) unveiled plans to create a non-motorized trail system that would connect popular Idaho campsites with nearby boat launches, day-use areas and more, according to the Idaho Statesman.

Matt Phillips, landscape architect for the Sawtooth National Recreation Area (SNRA), said in a phone interview that the trails would link campgrounds on the north end of Redfish Lake to existing developments, such as the Redfish Lake Lodge.

Currently, the only way to move between the handful of campgrounds and other amenities on the lake is by road.

“What we’ve never really done is tied them together with trails,” Phillips said.

Though there’s not yet a plan for how many miles of trails the project would include, Phillips said the network likely would extend to Idaho 75, as well as the Redfish Lake visitor center and lakefront. The SNRA also plans improvements to the entrance station at Redfish and to nearby Grand Mogul trail.

Phillips said the timing seemed right as the Forest Service moves forward on a 4.5-mile trail connecting Redfish Lake — arguably Idaho’s most sought-after camping area — to the town of Stanley to the north.

“We’ve talked about (Redfish trails) for a long time,” Phillips said. “With the momentum of the connection to Stanley, we just wanted to tie everything together.”