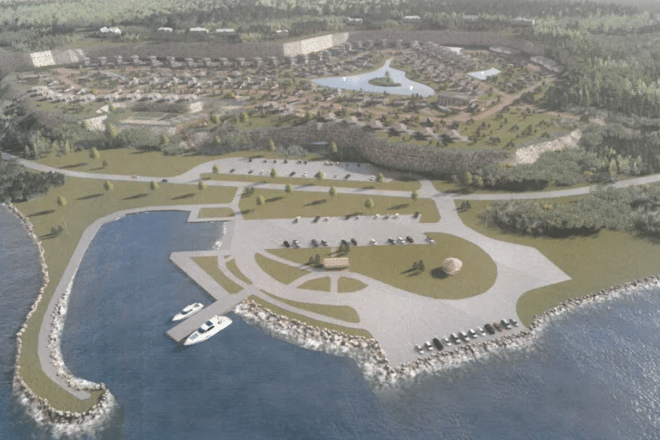 A Wisconsin planning commission denied a permit for the proposed Quarry RV Park which aimed to create an upscale complex for Class A motorcoaches in Door County, Wisc.

A Door County (Wisc.) Planning Commission unanimously denied Quarry Bluff’s LLC’s request for a conditional use permit to develop an upscale RV park along Bay Shore Drive, according to wearegreenbay.com.

The developers discussed plans to turn a strip of land near the Leathem & Smith Quarry into a 117-site, upscale Class A motorcoach RV park.

Developers say this proposed project is modeled after Hearthside Grove in Petoskey, Mich., and would be a gated community. RV owners would have the option to build a home.

Mobile homes or prefabricated homes would not be allowed in this gated RV development, only wood-framed homes.

The projects developers say Wisconsin lacks a suitable motorcoach facility, and due to Door County’s popularity with tourists, an RV park would be a source of revenue.

Developers expected 75 homes to be built initially and “$3.1 million dollars of local income to be provided per year, for seven years, for every eleven homes that are built. There will be over $200,000 dollars of taxes and other revenue generated for local governments.”

The developers also told the planning commission that if given the green light the total expected project time could be between eight to nine years.