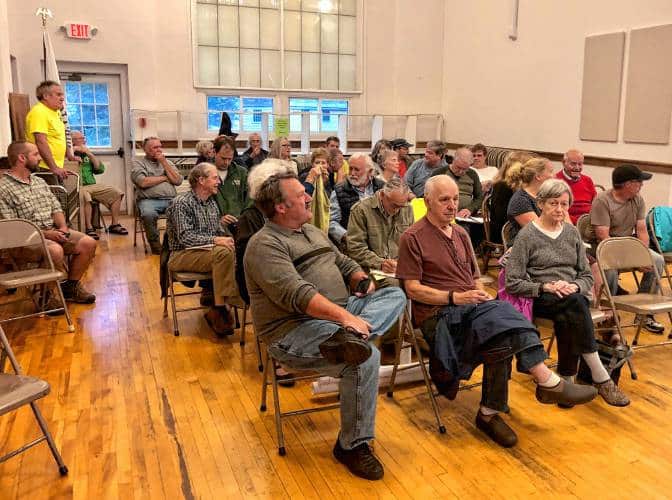 Dozens of Northfield, Mass., residents fill the auditorium of town hall on Thursday (Sept. 26) to hear the updated plan on the proposed Idyllwood campground and voice their concerns with the development.

The Northfield (Mass.) Planning Board closed the public hearing on the proposed Idyllwood campground Thursday (Sept. 26) night, and intends to discuss the topic as a board on Oct. 7, according to The Recorder.

However, there’s no indication that a vote on whether to approve the campground’s construction will be made during that meeting.

If approved, the campground will be constructed on Moody Center property, along Pierson Road in Northfield. According to the plan presented at the public hearing, it would consist of 12 cabins and 27 large furnished tents. The campground would not allow RVs, and would limit the number of cars allowed on site.

“We’re talking about an upscale campground,” said Moody Center President Emmitt Mitchell, who spoke during the public hearing. He said the Moody Center hopes the Idyllwood campground will make Northfield a destination.