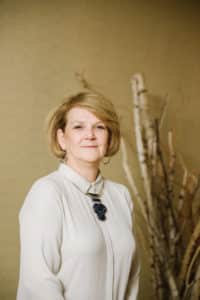 Founded in 1969, Camping in Ontario is preparing to celebrate its 50th anniversary during its annual CampEx, which is also celebrating 50 years in 2019.

Set to be held Nov. 17-18 at the JW Marriott-The Rosseau Muskoka Resort & Spa in Minett, Ontario, Camping in Ontario’s Executive Director Alexandra Anderson said officials expect to have a record number of attendees at the conference.

However, the celebration will be somewhat overshadowed by a recent judge’s ruling that has stripped the small business status away from incorporated parks throughout Canada, something which Anderson said could have a devastating impact on the growth of the RV park and campground sectors moving forward.

With around 430 campground members, Anderson noted that legislative issues keep everyone at the association busy as it navigates numerous issues for its members, while also trying to reach out to the rest of the estimated 1,000 campgrounds and RV park owners throughout Ontario.

Woodall’s Campground Management (WCM) caught up with Anderson during a break in her schedule in early September to get some updates on how the association is faring, the impact of the recent ruling on park owners’ small business status and some other pertinent issues.

Below is an edited version of our conversation.

WCM: In the United States the outdoor recreation industry is booming at the moment, with camper interest high and developers seeking places to build new parks. Are you seeing the same trend in Ontario?

Alexandra Anderson: It is booming from the perspective of the campers and the people interested in camping. I guess it is ironic because we do have an industry where we could accommodate a lot more campers but losing the small business tax deduction is not going to help the situation, because owners won’t be able to reinvest in their parks. Developing a campground under the current legislative burden in Ontario is exceptionally difficult. It’s very time consuming and we are working very hard in the office to try and speed it up, so that owners can get their expansions and/or a new park built.

WCM: Can you give a little background on the small business tax issue?

Anderson: This actually surfaced back in 2015 when Justin Trudeau, the current prime minister, was elected into office. The Canadian Revenue Agency (CRA) has been targeting Ontario parks by labeling them akin to a mobile home park and not a recreational campground. The government that is currently in power declined to fix the issue for us, so we tried going the court route. The decision that the court handed down was not what we wanted at all. In fact, it’s very damaging to the industry.

The decision doesn’t make any reference at all to the fact that the motivation for people go to a campground is for recreational purposes. Instead it says that these parks are more similar to mobile home parks and that they are more residential than recreational. That’s a very big distinction to lose. Campgrounds are recreational, people go to campgrounds because of the services that are offered at the campground. What seems to have been totally lost in the decision is why people go camping. Basically, the decision would be akin to every camper in North America wanting to go and park in a farmer’s field. That would be the camping experience.

WCM: If I am an owner, how does this impact me?

Anderson: In Canada, you can file your taxes as a sole proprietor or partnership, or you can become an incorporated business. This decision only affects incorporated campgrounds. Effectively, in Canada right now, a small business is paying income taxes of about 14% after receiving a small business tax deduction. This decision will take that deduction away and increase an owner’s income tax rate from 14% to about 43%. It’s a massive jump.

The ironic thing about this is that the small business tax deduction was created so that small business owners could be given a favorable tax rate, so they could actually invest in their own businesses. They would be able to pay the lower tax rate and take the difference to reinvest and grow their business. The campground owners are actually now being told that they no longer can grow their businesses, because they’ve lost this tax rate. All of the money that would have gone into creating jobs and improving their parks, is now going to be going to the federal government to pay taxes.

WCM: WCM has seen some comments from park owners that are worried they may have to close because of this decision, is that something you are concerned about?

Anderson: We haven’t heard those comments directly, but I would not be surprised. Canadian tax law is as complicated as any other country’s tax law, but basically the long and the short of it is, if owners want to automatically qualify for the small business tax deduction, they must have at least five full-time, year-round employees. Most of our member parks have to close during the winter, or the overwhelming majority of them have to close, because of the weather and because they have to agree to and abide by their municipal bylaw, which forces them to close.

Because of this decision you are now telling a seasonal business that they must have five full-time, year-round employees. Most of them are located in rural areas that, if they could find five people to hire it would be a miracle, and on top of that they have to close their parks. It’s a very challenging ruling from the get-go.

WCM: What is the government’s motivation to label RV parks and campgrounds as non-recreational entities?

Anderson: Money. We have proposed two solutions to the current government that could fix this issue, but neither of our proposed solutions were adopted. I think where we shake our heads the most is the fact that the whole notion that these are recreational businesses appears to have been completely lost in translation, and we’re not quite sure why. People don’t go camping unless there is something to do. Most of the parks offer a tremendous amount of services and the capital costs that goes into providing services in a campground is a very expensive proposition.

WCM: What is the association’s plan of action to hopefully reverse this decision? 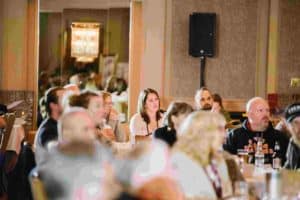 Camping in Ontario continues to engage with members as it navigates multiple legislative issues.

Anderson: Campground owners have 30 days to appeal the decision that was handed down at the beginning of September. The association is waiting to see if they decide to appeal the decision. We are also voicing our opinions on the matter during this election cycle and we are hoping to see positive changes in the government as citizens go to the polls in October. We remain optimistic that we can work with whoever wins the election to try and get this fixed.

WCM: Glamping is a buzz word right now and the different types of accommodations that go along with it. Obviously, the small business tax issue might impact how owners invest in their parks, but are you seeing the investments from owners, as far as park model RVs and unique accommodation units?

Anderson: The park model RV industry in Ontario is extremely strong, and a lot if it is centered around the city of Toronto. Traffic throughout the Toronto area makes it very difficult for people to store their own trailers, so most of our campers want to leave their trailers outside the city, because nobody wants to pull a trailer for three hours, then have to go and set it up. Instead we are seeing a lot of campers utilize park model RVs. We also are seeing a lot of yurts and really a full spectrum of options.

Anderson: There is more of a corporate presence. Sun Communities Inc. has 16 parks in Ontario, and they have had them for a number of years. We do have some newer corporation entities coming into the market, but the overwhelming majority of our membership is family run businesses. The interesting trend we are seeing is families buying their second or third park. We are also seeing ownership getting much younger. Older individuals are selling and the people that are buying the parks tend to be younger and tend to have already had previous business experience. We are seeing a lot of parks that needed a little bit of help being brought back to life as active, vibrant campgrounds.

WCM: Weather, including heavy rain, was an issue for some park owners in the U.S. this past spring, how did the weather impact park owners in Ontario?

Anderson: It was terrible. It was a very difficult summer for a lot of our members. Four out of the five Great Lakes are sitting at well above normal water level. Lake Erie and Lake Ontario are both extremely high and we have people on Lake Erie that have actually lost property into the lake due to soil erosion.

WCM: We are seeing more park owners looking for ways to extend their seasons later into October, is that trend something you are seeing in Ontario?

Anderson: The camper demand is definitely there, but the municipal bylaws prohibit our owners from staying open. A lot of our owners would love to offer winter camping, but they are just simply not allowed to. That only applies to the privately-owned parks, the provincial parks are allowed to operate.

WCM: You are at the 50-year mark, what does the future of the association look like? What are you focused on moving forward?

I think that that will be the reason camping will continue to exist. Who knows what form it will take in the next 50 years, but I think the Canadian connection with nature is never going to be severed to the point where the industry disappears because it is a part of who we are. There is nothing more Canadian than a campfire, marshmallows, and a beer. Well, maybe throw in a hockey stick.