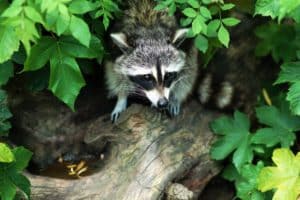 The Hamilton County (Tenn.) Parks and Recreation director says they were forced to take action after campers complained of overly-aggressive raccoons at the Chester Frost campsite, according to WRCB.

The Tennessee Wildlife Resources Agency (TWRA) was called in to euthanize a number of raccoons at Chester Frost this week.

He says they’ve received complaints from campers about the raccoons.

“The raccoons are coming in and showing aggressive behavior,” said Lamb.