Photo from the website for Las Jaibas Trailer Park in Mazatlan, Mexico, location of a shooting on March 4 involving an RVer from Calgary, Alberta.

Outraged with the random shooting of a Calgary, Alberta, man in a Mazatlan, Mexico, RV park, Mexican state officials have covered his hospital bill and the cost of flights home, according to cnews.canoe.ca.

But despite the support, the couple doesn’t plan on returning to the country any time soon.

Yves Guay is now out of hospital and recovering in his motorhome after being shot in the leg while trying to resist two men storming into his RV Thursday night (March 4) at the Las Jaibas Trailer Park.

And after the terrifying ordeal, he and his wife Sharon have received good news their costs would be covered by officials with the state of Sinaloa.

“We got a surprise visit from a dignitary, the head of tourism,” she said Sunday from Mazatlan.

“The Mexican government are very unhappy about what happened.

“They have paid our hospital bill and paying for my brother-in-law to come down and our flight home.”

“They are taking care of us.”

But despite that, Sharon, left recovering emotionally from the frightening ordeal, said she can’t wait to leave the country and won’t soon go back.

“Not within the next three years,” she said.

“Not any time soon.”

And other frightened campers have left too in the wake of the attack. 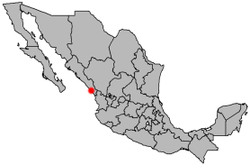 “People are going back to Canada and putting their RVs up for sale,” she said.

Meantime, the Mazatlan tourism industry is defending its resort town as a safe haven for Canadians.

Gilberto Aviles, spokesman for the Mazatlan Tourism Trust, said Guay was the unfortunate victim of what appears to be a random attempted robbery and that the town is a safe getaway for tourists.

“We are really concerned about what happened to Mr. and Mrs. Guay because this is a random crime,” he said

“I spoke to the Canadian consulate here… and she was surprised because it’s not common.”

He said between 120,000 and 130,000 Canadians have visited Mazatlan every year for the last five years and the number has increased steadily.

As well 1,500 Canadian full-time residents live there between October and April.

He added residents of Mazatlan, who love Canadians, are both angered and saddened by the incident.

He said while there is a perception of drug wars plaguing the area, violence has been concentrated to the northern border towns.