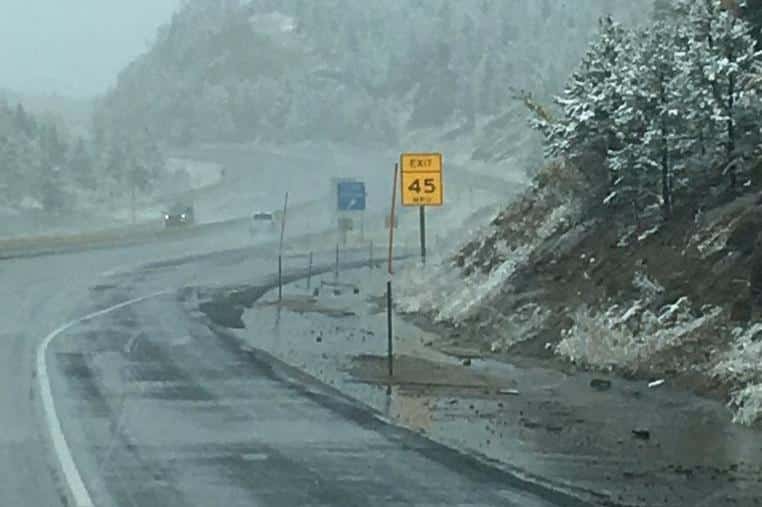 Homestake Pass in the Rocky Mountains of Montana was hit by several inches of snow Saturday (Sept. 28). Great Falls, which is 158 miles north of Homestake pass, had a preliminary snowfall of 9.7 inches, on Saturday,

The northern Rockies were blasted with the first big snowstorm of the season, which the National Weather Service described a “historic winter storm,” according to UPI.com.

The unseasonably cold temperatures will delay snow melt in some areas and bring the end of the growing season for some agricultural producers, the news release said.

Winter storm warnings and winter weather advisories were in effect for parts of the northern Rockies, Cascades, and Sierra Nevada early Sunday morning as snow continued to fall.

Highways across northwestern Montana experienced reduced visibility due to blowing and drifting snow over the weekend.

Ahead of the storm, Glacier National Park announced road closures. While St. Mary Campground remains open, “camping not advised” signs have been put in place.