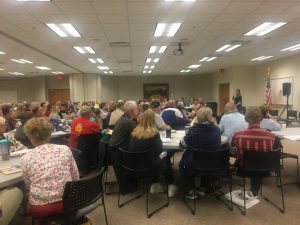 Work camping is catching on in a big way and that was on full display during the Workamper Rendezvous that was held Oct. 16-20 in Herber Springs, Ark.

Steve Anderson, owner of Workamper News, which hosted the annual event, told Woodall’s Campground Management (WCM) that his organization has been very busy trying to keep up with the 50-plus new members who are signing up on a daily basis.

“The interest in work camping has just been astounding,” he said. “We are taking calls from people in other countries asking if we are doing anything in their area. It has been crazy and things are just gaining traction.”

The Rendezvous itself attracted 240 attendees, just 10 shy of the capacity limit of the Herber Springs Community Building, where the event was held.

“They have a larger building nearby that we might need to use next year,” said Anderson. “I think this was our best Rendezvous yet; it definitely was the best attended.”

Sharee Collier, director of operations for Workamper News, said that the Rendezvous had a military theme, including a “Boot Camp” that was a three-day intensive training course on the planning required to be a work camper. 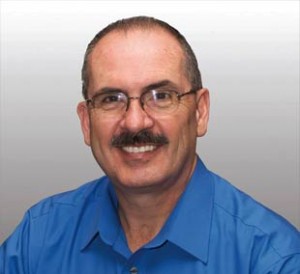 “The 1½-hour boot camp sessions were held in the morning, and were designed to be fun, fast and factual,” she said. “We had some experienced work campers in the class and some who are looking to get into the lifestyle. They all learned something.”

Workamper also used a different event flow that allowed all attendees to remain in one place, while speakers came in and out presenting seminars on a variety of topics.

“It allowed everyone to hear all the seminars and it allowed the attendees to stay together all day,” said Collier.

The Rendezvous featured topics on technology and RV maintenance, among other things. For people looking to get into the work camping lifestyle, Collier said they provided a seminar titled “Dreamer Timeline,” which provided a 0-12 month timeline of what they need to prepare for.

Attendees to the rendezvous also raised more than $1,600 for the Wounded Warriors Project.

“We try to have a fundraiser every year and we pick a charity to raise money for,” said Anderson. “This year we went with Wounded Warriors due to our military theme.”

Due to the popularity of this year’s event, Anderson said Workamper News is considering the start of a spring event, although no details were in the books yet.