Thanks to a generous gift from a “good friend,” the Massachusetts Association of Campground Owners (MACO) has a new vision and a new mission statement as it enters the 2012 camping season.

The monetary gift from campground insurer Evergreen USA helped MACO retain the services of Taylor Communications in 2011 to give the 50-year-old association new direction, explained Marcia Galvin of Normandy Farms Family Camping Resort in Foxboro, MACO president and CEO. Taylor staff worked with the MACO board, and the results were unveiled at the recent MACO annual meeting during the Northeast Campground Association (NCA) convention in Sturbridge, Mass.

MACO board’s was restructured, a new logo was designed and the association has new mission and vision statements. The association also has a new three-year strategic plan in place.

Here is the mission statement:

MACO is an outdoor hospitality industry association dedicated to educating, promoting, and supporting its members and their guests.

Here is the vision statement:

Massachusetts Association of Campground Owners (MACO) will be the respected collaborative voice in the Northeast by promoting the outdoor hospitality industry in Massachusetts. We will be a strong cohesive organization that will effectively serve our members.

MACO retained its existing board but redesignated some titles. Galvin, former executive director, took on the new title of president and CEO, while Michelle Ackerman of Sodom Mountain Campground in Southwick was named MACO chairman.

Each board member is responsible for one of six regions of the state and keeping the rest of the board informed about what’s going on in that region.

“It was a great process and put a new spark under everybody,” Galvin told Woodall’s Campground Management.

“The board wanted to have this process completed this year as MACO is celebrating our 50th Anniversary as an association and our celebration will be at the NCA Great Escape Sept. 11-13 at Normandy Farms campground in Foxboro,” she noted. 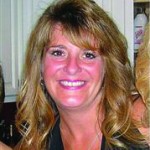 The restructuring effort is contagious. Since the NCA convention, the Connecticut Campground Owners Association decided to pursue a similar goal and Evergreen offered to help, Galvin said.

Meanwhile, MACO will hold a meeting for members April 25 at Normandy Farms. Agenda items will include MACO’s celebration of its 50th anniversary at the Great Escape, the Jimmy Fund Campout, the 2013 directory and website improvements. Jack O’Leary from Merrill Associates will discuss MACO’s ongoing discussions with the state’s Department of Environmental Protection. MACO applied for and received a $2,500 grant from ARVC to help in its lobbying efforts.