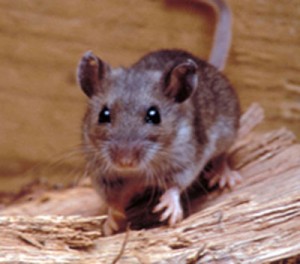 Deer mice (Peromyscus maniculatus) are implicated as carriers of hantavirus pulmonary syndrome (HPS) in Yosemite and other parts of the U.S. Photo from Centers for Disease Control and Prevention.

U.S. health officials have sent warnings to 39 other countries that their citizens who stayed in Yosemite National Park tent cabins this summer may have been exposed to a deadly mouse-borne hantavirus, a park service epidemiologist said on Tuesday (Sept. 4).

Of the 10,000 people thought to be at risk of contracting hantavirus pulmonary syndrome from their stays in Yosemite between June and August, some 2,500 live outside the United States, Dr. David Wong told Reuters in an interview.

Wong said U.S. Department of Health and Human Services officials notified 39 countries over the weekend, most of them in the European Union, that their residents may have been exposed to the deadly virus.

The lung disease has so far killed two men and sickened four other people, all U.S. citizens, prompting the U.S. Centers for Disease Control and Prevention to issue a health alert.

Officials are concerned that more Yosemite visitors could develop the lung disease in the next month or so. Most of the victims identified so far were believed to have been infected while staying in one of 91 “Signature” tent-style cabins in the park’s popular Curry Village camping area.

There is no cure for the disease, but early detection through blood tests greatly increases survival rates.

“I want people to know about this so they take it seriously,” Wong said. “We’re doing our due diligence to share the information.”

Last week, park officials shut down the insulated “Signature” tent cabins after finding deer mice, which carry the disease and can burrow through holes the size of pencil erasers, infesting the double walls.

Officials are continuing to investigate additional possible cases of the disease, which has killed 64 Californians and about 590 Americans since it was identified in 1993, Wong said.

Early symptoms include headache, fever, muscle aches, shortness of breath and coughing. The virus may incubate for up to six weeks after exposure and can lead to severe breathing difficulties and death.

Experts say hantavirus, which kills 36 percent of those it infects, has never been known to be transmitted between humans.

Four of those known to be infected at Yosemite this summer slept in the insulated tent cabins. One slept elsewhere in Curry Village, located in a valley beneath the iconic Half Dome rock formation, and the sixth case remains under investigation.

One man from northern California and another from Pennsylvania died, while three victims have recovered and a fourth remains hospitalized, the state Department of Public Health said.

Nearly 4 million people visit Yosemite each year, attracted to the park’s dramatic scenery and hiking trails. Roughly 70 percent of those visitors congregate in Yosemite Valley, where Curry Village is located.

Hantavirus is carried in viral particles inhaled from rodent feces and urine. People also can be infected by eating contaminated food, touching contaminated surfaces or being bitten by infected rodents.

Hantavirus previously infected two Yosemite visitors, one in 2000 and another in 2010, but at higher elevations.