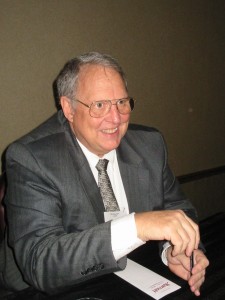 The recreational park trailer segment of the RV industry took its hits just like traditional RV builders during the Great Recession. And its recovery may take a bit longer than the mainstream towable market.

That’s according to William Garpow, executive director of the Recreational Park Trailer Industry Association (RPTIA), who says park models’ customer base is the cause.

”The reason is, our particular consumer is 55 to 70 years of age,” Garpow told RVBUSINESS.com. ”They are facing retirement and their 401(k) took a 35% dip and their house dropped 30% in value. They haven’t got the time to make back the dollars they had before they retire.

”As a consequence, they still may want to get into a park trailer, but they have to do everything they can to build their nest egg while they are still working.”

Garpow reported that shipments of park trailers reached a high of about 12,000 units in 2006 before falling to about 6,0000 units last year. ”Still, that wasn’t as bad as other segments of the industry and now 20% of what we lost has come back,” he said. ”But it’s slow and gradual.”

One thing going for park trailer dealers during the economic turbulence, Garpow said, was that most weren’t under pressure from lenders to bring down large inventories. ”Park trailers traditionally are not inventoried,” he said. ”The products that we are shipping are custom built, so we weren’t affected by that.”

He said RPTIA, with headquarters in the Atlanta suburb of Newnan, Ga., ”hasn’t lost any significant number of manufacturers,” during the downturn and that business right now ”is steady and it seems to be fairly decent.”

Some of the park models on display at last week's Pennsylvania RV and Camping Show in Hershey, Pa.

A factor working in favor of the park trailer segment’s recovery is an emphasis on adding park models as rental units at rates several times higher than those charged for regular campground sites by Kampgrounds of America Inc. (KOA), Jellystone franchiser Leisure Systems Inc. and other parks.

”We identified this has a very strong potential market about 15 years ago,” Garpow said. ”The rental part has really come alive in the last three or four years.”

For campgrounds in designated rural areas that want to expand their park model inventory, Garpow said the United States Department of Agriculture (USDA) is a viable source of guaranteed financing.