By: Sherman Goldenberg|Published on: May 18, 2020|Categories: Industry News| 0 comments 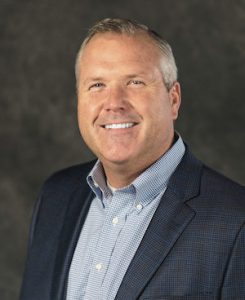 The big news in the North American RV industry is that several leading RV builders have been exceeding expectations in terms of production rates after resuming operations in recent weeks.

In fact, since reopening the doors to its U.S. manufacturing operations only two weeks ago (May 4) as well as its German production a couple of weeks before that, Elkhart, Ind.-based market share leader Thor Industries Inc. has now brought back fully 80% to 85% of its employees worldwide, reports Thor President and CEO Bob Martin.

And the same trend apparently holds true for other key RV builders like Forest River Inc., and the Grand Design RV Division of Winnebago Industries Inc., spokesmen confirmed this week.

Behind it all, they’re telling RVBUSINESS.com, sister publication to WOODALLSCM.com, is a rather surprising surge in retail orders as the U.S. public seeks to get back to some form of normalcy in the wake of a life-altering viral pandemic – a fact that has been enhanced by a continuing upswing in new retail prospects interested in the social distancing and general control that RV travel offers in a changing world.

“For us, it took a lot of hard work and planning,” said Martin. “All of our companies worked really well together to get a go-back-to-work playbook, and simply a plan to safely bring workers back. And it started last Monday (May 4) morning. I was out at Keystone (Keystone RV Inc. subsidiary in Goshen, Ind.) for the kickoff with the group leaders, the plant managers, and then I was at the Montana (fifth-wheel) plant as well. Then, I was over at the Jayco plant (Jayco Inc. division in Middlebury, Ind.) later in the day. And I just wanted to see how people were doing. And it’s been real good to see familiar faces.”

As part of the “new normal,” Martin said there were kickoff speeches addressing the need for social distancing, face masks, hand sanitizing and taking employees’ temperatures upon arrival at their respective plants in line with protocols recommended by both state and national officials.

“And so for us,’ added Martin, “it was really interesting seeing everybody come back, and we had close to full return, and there were actually a lot of smiles. It was people that they wanted to come back to work and they understood that there were some new restrictions. Most were fine — very few maybe not. But people were willing to work with a mask. And then there are things we’re still figuring out. Sometimes the glasses fog, but it’s things that we can work through.”

He said Thor’s divisions plan to carefully ramp up production as demand dictates. “Honestly, there were so many unknowns to this that you didn’t know what to expect, and you were hoping for the best,” added Martin, noting that demand still varies by region as some states still limit business activities. “And so far for me, it’s been a positive experience just seeing that people want to come back to work, and then feel that they can work with some new safety precautions in place as well. So overall, it’s been a positive.” 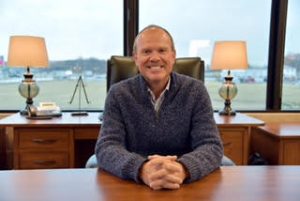 Mirroring those comments was Grand Design President and CEO Don Clark, whose Middlebury, Ind., firm has seen a consistent uptick in dealer demand for its towable RV products since May 4 when the company’s 2,000 “energized team members” returned to work..

“You, know, we planned for it and it was intense planning because if we didn’t believe that we could safely reopen we would not have,” said Clark. “The safety of our Grand Design team members was first and utmost in our mind. We were prepared with all the PPE equipment, all the safety protocols that we put in place really for Grand Design as well as all Winnebago companies. We’ve been working very diligently, very hard, on making sure our people are well cared for when they come back.”

Clark, in turn, said the company’s production rates have quickly exceeded projections as he and his management team continue to monitor the road ahead. “So we came back at a somewhat conservative rate,” he asserted, “but we have found that our dealers’ appetite – their retail customers’ appetites – for Grand Design product continues to be strong. So, we’re actually safely and responsibly increasing rates as we speak.” 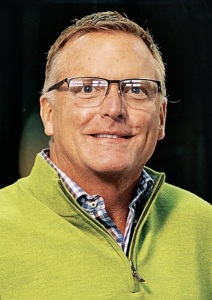 In separate interviews, Forest River divisional heads Mike Terlep, president of Coachmen RV, and Divisional General Manager Doug Gaeddert reinforced this consistently upbeat report from an industry that only weeks ago had been completely shuttered – along with most of the rest of the U.S. – amid a national crisis of epic proportions.

“Things have gone very well. I think that, for the most part, our team members have been very glad to be back. There’s a lot of smiles, although you can’t see the smiles because everybody has a mask on,” Terlep laughed. “But the attitudes have been very good. There’s some attendance issues. You know, some people still have some anxiety and fear, and that’s to be expected. But backlogs have grown substantially. I think that the overall market has rebounded far better than I thought it would. I thought it would take a little bit longer. Then again, you don’t want to speak too soon and get too far ahead of yourself with comments like that. But it’s been quite good.

“We didn’t come back at full throttle,” noted Terlep, whose division at full production employs about 2,000 people. “We kind of took a more calculated approach, but we’re in the process of bringing back nearly everybody at this point.”

While Terlep’s starting to see an industry “boom” at hand, Gaeddert is beginning to envision a very similar scenario.

“The reopening’s gone excellent,” Gaeddert told RVBUSINESS.com. “We’re extremely proud of all the folks (employees). You know, they were anxious to get back to work and they’ve done a great job in helping us resume production. The majority of the plants were able to restart at the same rates that they were at prior to the state-wide shutdowns. So, they responded extremely well. We’re totally proud of the safety efforts, and then, from an industry standpoint, it’s been pretty much off the charts. In fact, based on what I see, May will probably be fairly close to last May, and then I think that both June and July will significantly surpass the same months last year as far as year-to-year comps (comparisons).”