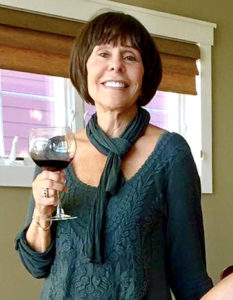 A lifelong member of the Elkhart community, Gardner graduated from Elkhart High School and attended the University of Colorado before launching a lengthy career as an independent publishers’ rep. In March of 2011, she co-founded G&G Media Group with partner Sherm Goldenberg and a staff based out of offices on Bristol Street in Elkhart. She served as G&G’s vice president of sales after acquiring the two magazines from California publisher Affinity Group Inc., a forerunner of Good Sam Enterprises LLC, a unit of Camping World Holdings Inc.

After retiring in 2017 and selling her equity share in G&G to retired Dicor executive Gregg Fore, Gardner commented on her time in the RV industry, saying “it’s been a good run, one that I’m proud to have been a part of since 1977 when I got my start, doing business as Bev Gardner & Associates Inc. and working out of my house with two young daughters scampering around.”

During her tenure at G&G, Gardner, a former board member of the RV/MH Heritage Foundation Inc., helped launch the “RV Industry Power Breakfast,” the “RVBusiness Top 50 Dealer Awards” and the “RVBusiness RV of the Year” programs while overseeing ad sales for both publications.

Visitation will be from 4-8 p.m. Monday, Oct. 29 at Stemm-Lawson-Peterson Funeral Home in Elkhart (www.stemmlawsonpeterson.com). Services will be 10 a.m. Tuesday, Oct. 30, at the same location. In lieu of flowers, the family requests that contributions be made to the Wellfield Botanic Gardens in Elkhart.