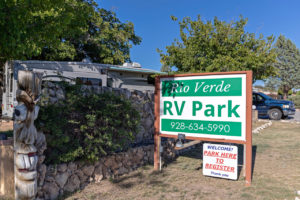 On May 3, Rio Verde RV Park in Verde Valley, Ariz., tested its water system and found that for most of the past year, the average arsenic level in its drinking water was 35 parts per billion, exceeding the maximum contaminant level of 10 ppb set by the Environmental Protection Agency (EPA), according to the Arizona Journal.

The RV park, in consultation with the Arizona Department of Environmental Quality, issued a notice to its residents on June 4, informing them of the issue and beginning plans to rectify it.

“This is not an immediate risk,” Rio Verde’s notice stated. “If it had been, you would have been notified immediately. Some people who drink water containing arsenic in excess of the MCL over many years could experience skin damage or problems with their circulatory system, and may have an increased risk of getting cancer.”

The RV park stated it is getting close to rectifying the situation. In cooperation with ADEQ, Rio Verde is set to replace its water system in mid-October, in compliance with a consent decree from the state agency.

“It takes time to get everything in place to treat the whole system, but it is in process and it looks like everything is moving forward,” ADEQ public information of cer Erin Jordan said. “They’re in compliance with their consent order. We have a real strong program to help them get back into compliance and meet those safe drinking water standards.”

According to Greg Carlson, the engineer for the arsenic treatment system working with ADEQ and the RV park, the problem stems from the natural water source in Cottonwood, which is itself above the MCL for arsenic. Whereas the city has a treatment process to rectify this for its water, smaller communities like Rio Verde that have their own water systems have run into issues like this.