Today’s RVs are on a power trip and, if they haven’t already, campground owners need to make sure their parks are ready to meet the demand.

“RVs are always looking for more power – some manufacturers are even talking about 100 amps – and RVs are being made with way more amenities than before and nearly all of them are electrical,” said Wade Elliott, owner and president of Utility Supply Group, based in Kingston, Wash. “This is forcing RV parks, especially those in the southern U.S., to determine whether they need to offer 50-amp service. They might need to overbuild and beef up their infrastructure.”

Improving the park’s infrastructure is not something campground owners need to be afraid of, Elliott said. In fact, it’s a project that can easily be accomplished in phases. At the end of each season, set aside a certain number of campsites that will be upgraded to 50 amps. After a few years, eventually the whole park will have been upgraded.

“Owners should be putting money back into their campground, and this is something they’re just going to have to do,” he 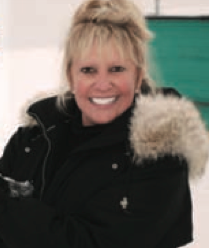 said, adding that an additional transformer and/or panel box might be required in certain situations.

Maggie Linnell of Your Electrical Solutions said several campground owners she’s talked with are delaying bigger projects until the fall, such as redoing or adding an section, but have been making smaller upgrades throughout the summer.

“What we’re seeing is people are doing a few things at a time, like upgrading a site from 30/20 to 50/30/20 so that it can accommodate anything,” said Linell, whose company is based in Orion, Mich.. “Last year, it was a lot of parts and pieces. But this year it’s a lot of new products so people are replacing rather than repairing.”

Elliott and other suppliers said another response to this demand for electricity is the increased use of meters. Meters not only help offset the cost of providing utilities, but also help to curb wasted resources. 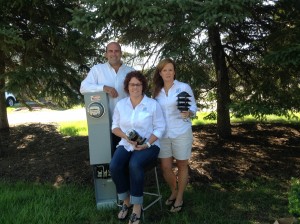 Terry Linnell of B&B Electrical said her company, based in Keego Harbor, Mich., has been selling quite a few metered pedestals.

“With the economy coming back, more people are camping so the parks are full. Plus, people are staying longer at a time – Baby Boomers are completely retired now and some are staying the full summer,” she said. “That’s costing campground owners a lot in utilities. That can get real expensive. So owners are installing metered pedestals and charging campers for electricity usage. All of a sudden campers aren’t so willing to leave their RV’s air conditioner on 24/7.”

Lisa Senior, general manager of Hialeah Meter Co. in Hialeah, Fla., agreed that meters encourage RVers to curb their power usage. She said one New York campground owner told her the meters he installed paid for themselves in two seasons – not because of the money they generated, the owner never charged RVers for their usage, but because RVers became aware of how much electricity they were consuming and changed their habits.

“It depends on a lot of factors, but we’ve done some estimates and campground owners can save as much as 25% to 75% off their electric bill,” Senior said, adding that the typical power pedestal will pay for itself “in only a few months or a couple of years.”

Tom Benken, sales and marketing director with Monarch Coin & Security said he’s seeing meters being used to regulate the use of outdoor lighting at a playground or basketball, tennis or volleyball court or any other outdoor area. It also would mean the lights aren’t turned on unnecessarily. The campground owner determines the amount of coins/tokens required to turn on the lights, and the length of time the meter would allow the lights to stay on.

Benken, who added that water meters, specifically those which regulate the flow of water to a shower are proving just as popular, said park owners could also determine whether the meter accepts coins, tokens or is simply activated by the push of a button. Meters activated by a simple push of a button are in place simply to ensure utilities aren’t being wasted, such as a shower left running.

Obviously, a meter that accepts coins would help to offset the cost of utilities. Likewise, campgrounds could sell the tokens for a token-operated meter. But Benken, whose company is based in Covington, Ky., mentioned the tokens could be used as a way of ensuring only paying campers are using the facilities. Campgrounds would distribute the tokens free of charge to campers when they check in, he said.

Another trend in campground electronics is the move toward lighted pedestals, and Linnell at B&B Electrical and other suppliers said many owners are installing new units or purchasing a pagoda light kit to retrofit an unlit pedestal. Linnell said her business has sold many such units to KOA campgrounds.

The Jamestown, N.Y, business has taken those lighted pedestals a step further, though.

“Our solution has been to offer campground owners with options, such as a lighted access door panel, which can be customized with a logo,” said Liz Caldwell, marketing manager for Jamestown Advanced. “Not only do the customizable lighted RV Power Outlets feature a photocell that keeps them lit from dusk to dawn – making them a great site marker for customers – but they offer an LED light, which allows the entire box to be illuminated. These new RV Power Outlets are also a great branding opportunity for campgrounds, because they can add their logo or other custom design right to the electrical box panel.”

Jamestown also offers “retro-kits” to transform a power outlet into an electrical unit that has the photocell, an LED interior light, and has the option to be customized for their business.

Caldwell added that as campgrounds and parks continue to look for a way to brand themselves, Jamestown Advanced Products believes the trend to customize products will continue in the future. “For this reason, any product we manufacture – such as benches, bike racks, fire rings and more – can be personalized to suit our customers and their businesses,” she said.

Another industry-wide movement Elliott sees looming on the horizon is the conversion to three-phase power.

Elliott, who also is the National Association of RV Parks & Campgrounds (ARVC) representative on the National Electrical Code Panel, said power companies will want campgrounds to convert to three-phase power, which is usually more economical than an equivalent single-phase system and is used to power large motors and other heavy loads.

“It’s not something to be scared of, it’s just something to be aware of that you might have to do,” Elliott said. “It’s the equivalent of going from a manual transmission to an automatic. You just have to make the switch.”

Another trend Linnell pointed out was the campgrounds sprouting up seemingly overnight to accommodate the workers assembling the Keystone pipeline from Canada to Texas. Often known as “man camps,” Linnell said her company has been providing owners much of the infrastructure.

“We had one lady just the other day – she was just a normal woman, probably a secretary – who had put 40 campsites on a few acres she owns in Oklahoma near where the pipeline is going. She bought all her electrical from us,” Linnell said. “There was nothing on that property before, and now she’s got a nice little income from it for a few years.”