RV wholesale shipments to retailers tracked by the Recreation Vehicle Industry Association (RVIA) continued to improve in February, reaching 32,045 units during the second month this year, a 12.5% increase over January and a 4% increase over this same month one year ago.

Reacting to an improved economic climate and rising consumer sentiment, wholesale shipments responded with the highest February total since 2006.

Through the first two months of 2015 shipments have reached 60,539 units, a gain of 7.5% compared to the same period last year. On a seasonally adjusted basis, shipments through February were at an annual rate of more than 395,000 units, more than 10% ahead of the actual 2014 total. 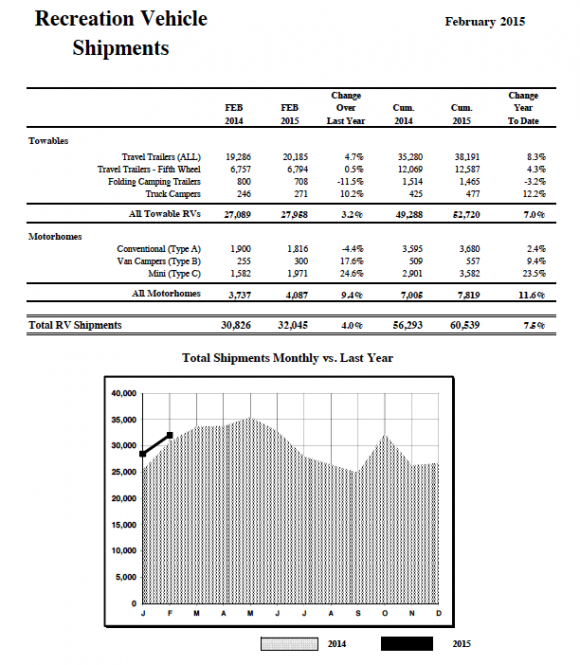