In news that will have a positive ripple impact on the campground and RV park industry, RV shipments to retailers raced ahead in October this year, climbing 29.3% ahead of the previous month and were 16.6% greater than the same month last year, the Recreation Vehicle Industry Association (RVIA) reported Wednesday (Nov. 27).

On a seasonally adjusted basis, October shipments were at an annualized rate near 380,000 units. Double-digit gains were reported in all but one vehicle category, allowing totals to reach levels not seen in more than eight years.

Year to date, total shipments have now reached 277,703 units through October, 12.8% ahead of the same 10-month period last year. This latest surge in shipments all but assures totals for the year will be the best in 6 years and provides an optimistic view of further gains in 2014. 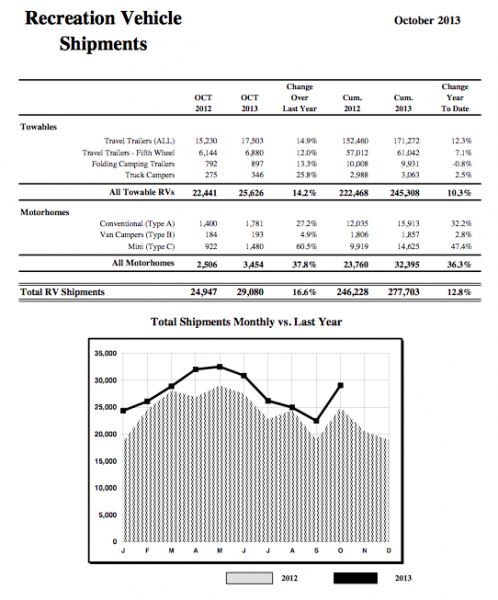