RV Shipments Up Slightly in September

Wholesale shipments of all RVs were reported at 17,000 units in the September survey of manufacturers, an increase of 1.8% compared to this same month one year ago, the Recreation Vehicle Industry Association (RVIA) reported.

On a seasonally adjusted basis, shipments in September were at an annualized rate of 224,000 units. A total of 200,000 units have been shipped to RV retailers so far this year, an improvement of nearly 3.1% compared to this same period last year.

Both towable RVs and motorhomes reported small improvements for all of 2011, compared to the first nine months of 2010.

For a complete report courtesy of RVBUSINESS.com, click here. 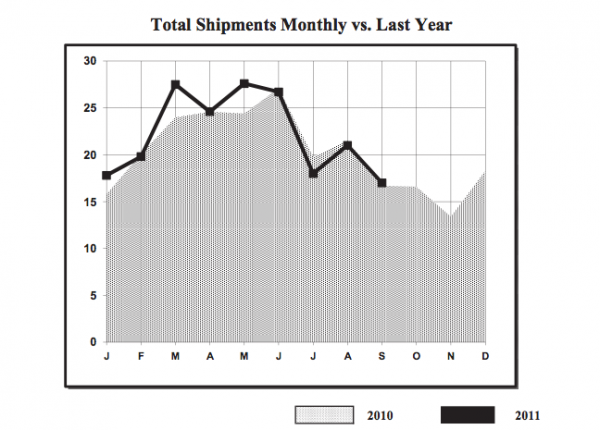