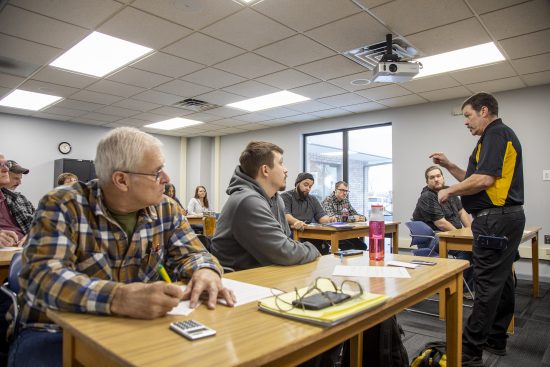 As part of the second year in a planned three-year rollout, the RV Technical Institute (RVTI) is training 26 would-be RV service technicians including those participating in the Level 2 certification pilot program.

With the opening of its 18,000-square-foot headquarters located in Elkhart, Ind., RVTI was established following the efforts of an ad hoc committee, which determined the industry needed a comprehensive program to recruit, train and retain RV service technicians. That same committee identified reducing the Repair Event Cycle Time (RECT) as a key component in improving the RV ownership experience, which serves as a primary goal for RVTI.

After its first year culminated in a ribbon-cutting ceremony during last September’s Elkhart RV Open House, RVTI enters year two with a range of initiatives, including the continued advancement and recruitment of students for its training programs along with establishing partnerships with licensed regional partner organizations Camping World Technical Institute (CWTI) and Windham School District in Texas.

“What makes this really exciting is we’ve been working on this for over a year and these are our first set of students, and half of them are from outside the industry,” said RVTI Executive Director Curt Hemmeler. “I don’t believe the industry has ever trained people from outside the industry. We’ve trained our existing workforce, which is obviously a big task of RVTI as well, but having a group of newbies as big as this is really monumental. And the other half are from dealerships that have sent their folks here and invested in their certification.”

The students are from across North America — one is even from Alaska — and come from a variety of backgrounds including military veterans, retirees looking for a second career, and fleet transit companies looking to develop a PDI program.

“And, as far as our team, we’re learning a lot,” Hemmeler pointed out. “Where I come from, in education it is an absolute must that you pilot something like this first, and then measure and assess the results and make any necessary changes. The last thing we want to do is send out to the industry something that doesn’t work. We’re going to make sure it works really well before it goes out.”

Instituted last year, the new technician training program is divided into four levels of training and proficiency, starting out with the most basic predelivery inspector (PDI) technician up to a Master Technician. The technicians will be deemed a Level 1, 2, 3, or Level 4 technician based on completion of the designated levels and the ability to successfully demonstrate the required knowledge and skills. 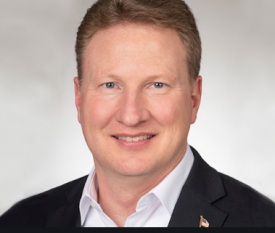 Each level of training builds on the foundation of the previous level and allows the technician to become a generalist or a specialist. The new technician training program will cover theory and application, specialties training and troubleshooting. A grandfather clause means technicians holding certifications will keep those designations throughout the transition to the new curriculum.

“Another key point is we’re not going to hurt anybody in this process of seeking recertification,” Hemmeler added. “We understand that this is a transitional period as we introduce the new certification levels, curriculum, and assessment process.”

The current RVTI classes provide Level 1 and 2 proficiency training, during which 25 students are being taught eight hours a day, 40 hours per week, for a total of eight weeks. At the end each student will undergo a hands-on practical exam, which is “unlike previous training programs,” Hemmeler pointed out.

While the Level 1 program has already been through a pilot phase – new Level 1 classes are scheduled to begin in February and March – this current Level 2 class represents its pilot program. Once the class is completed at the end of February, RVTI officials will solicit feedback, measure certain data points, analyze the results, and implement any necessary changes.

“For example,” Hemmeler explained, “as each course is done, we learn how much time it takes to deliver that actual content. We’ve never measured that. Yes, we’ve created the coursework, but the practical aspect of teaching and how long that takes can be very different — like if you’re teaching existing workforce versus newbies who may not have ever been in an RV.

“The Level 2 folks that are training understand that they will be fully certified after successful completion, but also that they’re also guinea pigs,” Hemmeler added. “Right after that’s completed, we will evaluate this whole period, including the length, the time, the content, and how they performed on the test. We have to make sure that the content that’s delivered matches what we’re testing so that we’re not testing on something they didn’t learn. One of our goals is to identify if there’s a question that maybe needs to be reworded or scored inconsistently.”

Hemmeler noted that once “all those bugs have been worked out RVTI will begin to schedule Level 2 training, perhaps by May or June of this year.”

Editor’s note: Read more about what RVTI is planning for its second year of development in the March/April issue of RVBusiness magazine, sister publication to WOODALLSCM.com.