In the Recreation Vehicle Industry Association’s (RVIA) survey of manufacturers conducted for the month of July, wholesale shipments of all RVs were reported at 22,857 units, up 27.4 percent from this same month last year.

Every segment of towable and motorized RVs showed year-over-year growth except for truck campers, the RVIA reported.

On a seasonally adjusted annual rate basis, shipments in July were at 296,500 units, nearly 10 percent greater than the previous month. Through July, manufacturers have reported a total of 177,845 shipments to retailers, up 9.8 percent over this same period one year earlier. 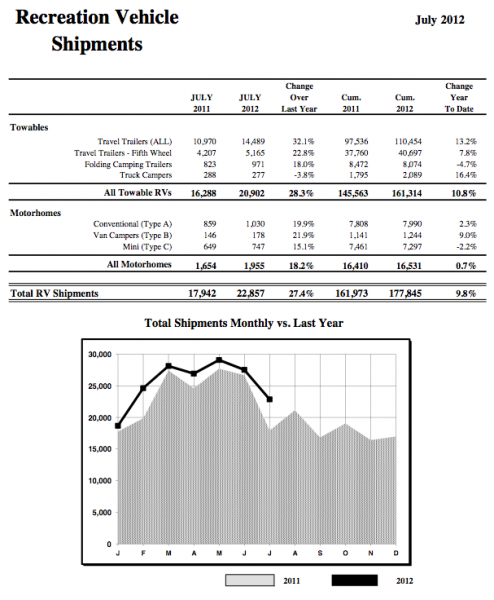