According to the Recreation Vehicle Industry Association’s (RVIA) survey of manufacturers, total RV wholesale shipments were reported at 38,343 units in April, a gain of 4.9% over March and 13.5% over April 2014.

This was the 40th consecutive month in which RV shipments were ahead of the corresponding month one year earlier and the best April in more than 4 decades.

The consistent growth in RV shipments is unprecedented as conventional travel trailers totals reached 24,312 units this April, the highest number for these products in more than 40 years.

Year to date, total RV shipments of 135,417 units are strongest start to any year since 2006. On a seasonally adjusted basis, shipments were at an annual rate of more than 395,000 units in the month of April. 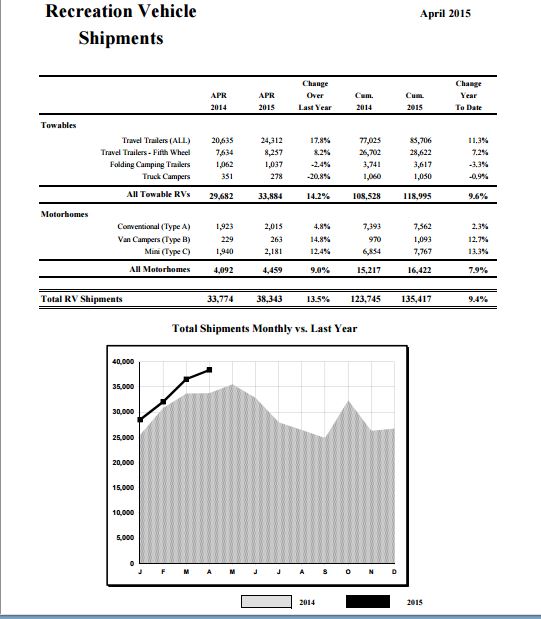