January’s survey of manufacturers conducted by the Recreation Vehicle Industry Association (RVIA) found wholesale shipments of RVs starting off 2017 in strong fashion with a monthly total of 33,859 units.  That represents a 7.4% rise from the January 2016 total of 31,526 units and a 2.7% gain over December’s robust total of 32,970.

All towable RVs, led by conventional travel trailers, rose 6.2% in January reaching a total of 28,931 units.  Motorhome shipments reached 4,928 units on 15.2% growth paced by Class C and Class B motorhomes. The total shipments posted in January are the best for any January on record and continue the strong trend of RV market growth from last year. 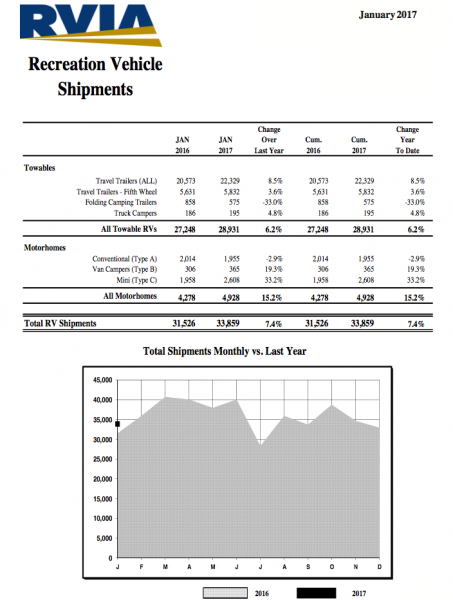