According to the final numbers released by the Recreation Vehicle Industry Association (RVIA), the park model RV segment saw a 4.4% rise in December compared to December of 2015, and for the year wholesale shipment totals were essentially flat.

In December, the biggest single destination for park models was Arizona, followed by Texas, North Carolina and California. 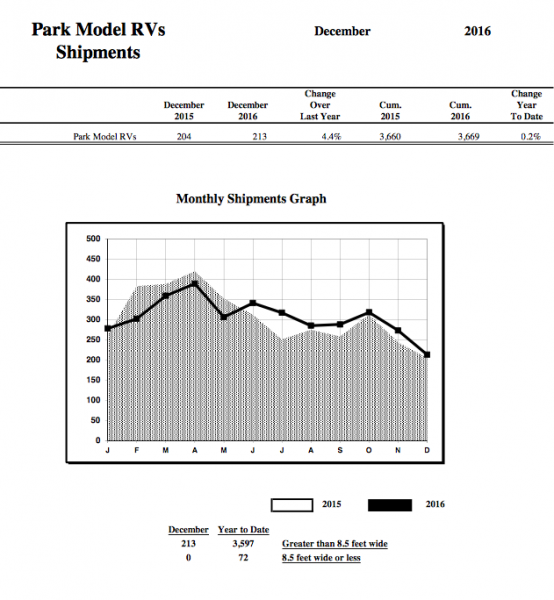