Total wholesale shipments to retailers of all RVs surged to 26,736 units in the December survey of manufacturers, soaring 23.3% greater than the final month last year. This was the largest December total in nine years dating back to 2005.

The strong finish to 2014 was led by towable RV shipments which rose in December to 23,851 units, a gain of 27% over the final month one year ago.

For the year as a whole, all RV shipments reached an eight-year best of 356,735 total units in 2014, a gain of 11.1% over the previous year. This was the fifth consecutive annual increase and the fourth double-digit percentage gain in RV shipments since the end of the last recession. 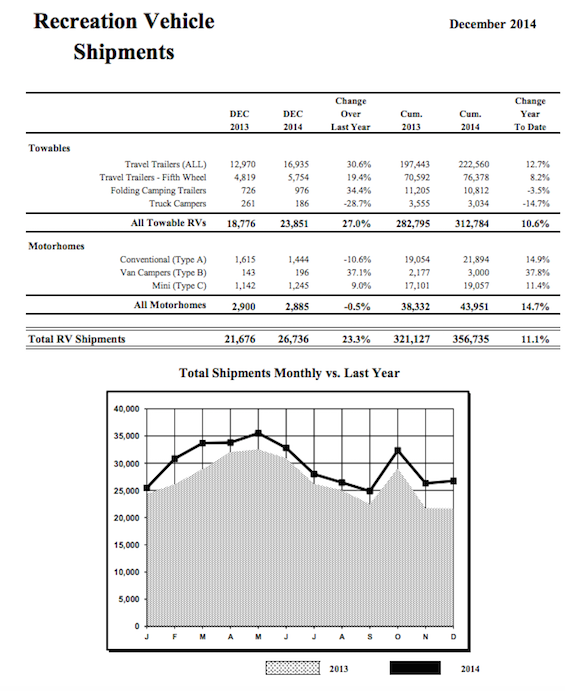