In news with positive spill-over for campgrounds, the growth of RVs continued strongly in February, according to the Recreation Vehicle Industry Association (RVIA).

“RV wholesale shipments to retailers zoomed higher in February this year climbing to 30,826 units, the largest February total in 8 years,” the RVIA reported.

“In spite of continued horrid weather across most of the country, February’s wholesale deliveries to retailers brought year-to-date totals to 56,293 units, an 11.5% gain over the first two months last year.” 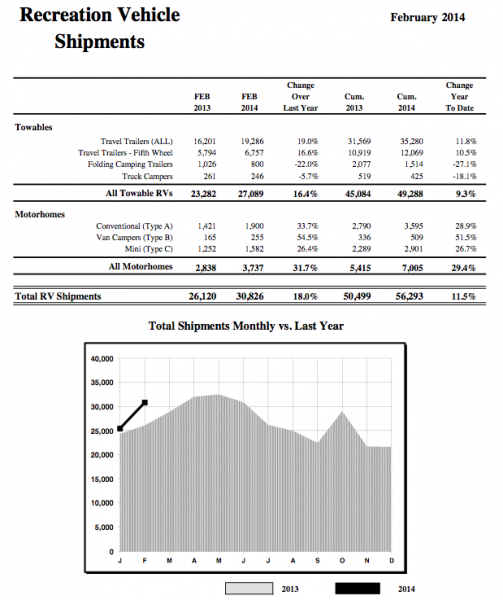