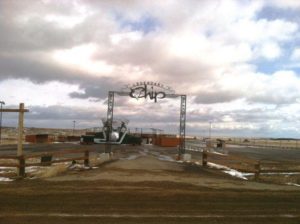 The Buffalo Chip Campground, a popular destination during the annual Sturgis motorcycle rally, will be asking the South Dakota Supreme Court to allow it to remain a municipality on Sept. 30.

Arguments are scheduled to be heard Sept. 30 before South Dakota’s Supreme Court in Pierre, in the more than four-year-old saga of the Buffalo Chip Campground’s quest to become a municipality, according to the Rapid City Journal.

The popular motorcycle rally campground east of Sturgis is appealing a written ruling filed Feb. 22 by 4th Circuit Judge Gordon Swanson that ordered the town of Buffalo Chip to be dissolved because it does not have at least 100 residents as required by state law at the time of its incorporation in 2015.

Sturgis city officials, who have steadfastly opposed the incorporation, have said the lack of residents was just one of the issues in the case, but Swanson’s ruling was sufficient to “nullify the incorporation as a municipality.”

The campground fills with thousands of visitors during the Sturgis motorcycle rally, but has few, if any, year-round permanent residents.

Legal challenges from the city of Sturgis, the state’s Municipal League and other opponents have continued since the Meade County Commission approved the campground’s incorporation in 2015.