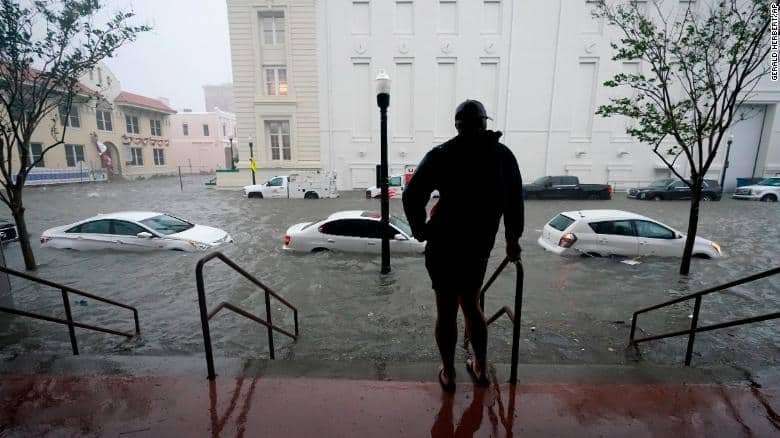 Floodwaters move on the street, Wed. (Sept. 16), in Pensacola, Fla.

Category 1 Hurricane Sally is pummeling southern Alabama and the Florida Panhandle after it crossed land Wednesday (Sept. 16) morning, prompting water rescues, sapping power, dropping trees and threatening catastrophic flooding as it crawls at an agonizingly slow pace, according to CNN.

With Sally’s slow pace — generally 3 mph — some areas already have collected more than 15 inches of rain and could receive up to 35 inches by storm’s end.

Floodwaters have turned streets into rivers in Pensacola, Florida, images from the Associated Press show. Pieces of hazardous debris “have become too numerous to list,” police there warned.

“Nothing is going to go away anytime soon,” National Hurricane Center Director Ken Graham told CNN. “The winds, the torrential rainfall, the slow movement and the storm surge — this is a dangerous situation all around.”

On Florida’s Pensacola Beach, sounds of transformers exploding and metal scraping along the ground — debris from torn roofs — could be heard early Wednesday.

Power has been knocked out for more than 500,000 customers in Alabama and Florida alone, utility tracker PowerOutage.us reported.

Rainfall totals of 10 to 35 inches are possible across parts of Alabama and the Florida Panhandle, from Mobile Bay to Tallahassee, forecasters say.

The storm’s slow forward speed is expected to continue through Wednesday as it turns to the north and then northeast, taking with it strong winds and more flooding potential.