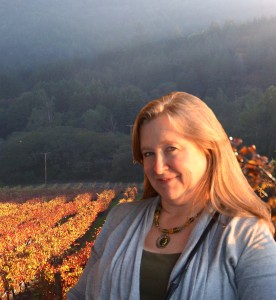 A transition in leadership is now underway at the California Association of RV Parks and Campgrounds (CalARVC) and Camp-California! Marketing, its for-profit marketing subsidiary, according to a press release.

Debbie Sipe plans to resign from her positions as executive director of CalARVC and CEO of Camp-California! Marketing next July.

“CalARVC and Camp-California! Marketing will be in good hands with Dyana,” said CalARVC President Randy Hendrickson, who noted that Kelley has a natural passion for the camping and RV industries.

Kelley literally took her first RV trip as a newborn baby. Her father, an avid RVer and fisherman, packed her into a banana box and took her and her mother on a trip to Crowley Lake for the opening week of trout fishing season. Kelley would not only grow up camping with her family at Crowley Lake every year, but she would continue RVing and camping on her own as an adult.

This set the stage for Kelley’s lifetime of passion in the outdoor recreation industry, according to the release. Kelley has traveled by RV to the 48 contiguous states (Alaska is on her bucket list), visited 26 national parks and hiked many of California’s trails, including portions of the John Muir and Pacific Crest Trail.  Professionally, she has worked as an outdoor recreation guide for REI, leading courses in backpacking, hiking, kayaking, paddleboard and yoga. She has also run multiple businesses in the fitness industry and had a lengthy career in commercial insurance.

“To say that I am elated is an understatement,” Kelley said. “This opportunity is a culmination of my life’s work and passion and I am looking forward to bringing an even greater awareness of the many privately owned RV parks and campgrounds as well as the outdoor recreation industry as a whole.”

The Millers built the Auburn Kampgrounds of America (KOA), which they opened in 1974 and continued to operate until they sold it in 1984. Sipe grew up working at the campground and started working for CTPA in 1981, during her first year at California State University, where she earned a Bachelor of Arts in English.

Sipe was promoted to executive director of CTPA in 2004, which became CalARVC in 2006. Camp-California! Marketing was formed in 2002 and Sipe became its CEO at the same time.

While Sipe is resigning from her leadership positions at CalARVC and Camp-California! Marketing, she plans to continue to be involved with the association.

“I will be submitting a proposal to the CalARVC Board of Directors to manage the government affairs portion of the job,” Sipe said, adding that both she and Kelley plan to attend the National Association of RV Parks and Campground’s (ARVC) Outdoor Hospitality Convention & Expo in Oklahoma City, Okla., which runs Nov. 4-8.

For more information about CalARVC, please visit the association’s website at www.calarvc.org.