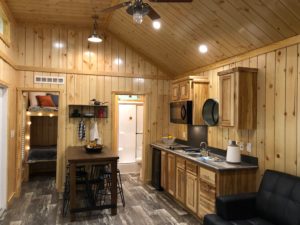 Among the busy displays at last week’s 2018 Kampgrounds of America Inc.’s (KOA) International Convention & Expo, Nov. 12-15 at the Fort Worth Convention Center in Texas, was a precedent-setting exhibit in which Skyline Champion Corp. – a new company formed June 4 by the combination of former competitors Skyline Corp. and Champion Home Builders Inc. — showcased the firm’s park model RVs in a joint display for the first time.

And as the integration proceeds for the new publicly-held manufacturer of park models and manufactured housing based in Elkhart Ind., additional Champion Skyline exhibits should become commonplace at an array of trade and retail shows across the country, according to Dick Grymonprez, director of park model sales, and Terry Decio, director of new business development for the conjoined company.

Next up for Skyline Champion is the Florida RV Trade Association’s (FRVTA) 2019 Florida RV SuperShow slated for Jan. 16-20 at the Florida State Fairgrounds in Tampa, Fla., where, Decio pointed out, the new company will man two displays next to each other to promote selected models from its Shore Park, Athens Park, Highland and Silvercrest-branded lines. Skyline Champion also plans to show a park model RV at the RV Industry Association’s (RVIA) new RVX Show in March in Salt Lake City, Utah. 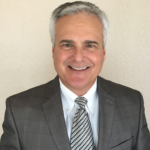 “Basically, our company has taken a very positive approach to park models,” Grymonprez told WOODALLSCM.com. “Right now, we have 12 plants that build park models. But we are also looking at adding a park model-only plant in Leola, Pa. We are already building park model-only product lines in one of our big plants in Corona, Calif. And, of course, we also build park models in Mansfield, Texas. And then we are looking at a couple of other plants plants as well, although we’re not at liberty to discuss those at this point.

“Right now, we have over 40% of the U.S. shipments of park models and we are going to continue to grow our platform,” added Grymonprez, an RV Industry Association board member. “Now, this is the first time we’ve been with KOA. We met with KOA and they opened up their (corporate product) specs so we could build them in all of our plants. So, now these KOA’s that have been paying $5,000 and $6,000 in freight to ship them from Arizona or Indiana can buy them from Texas and save that freight or buy them in Pennsylvania or wherever else we’ve got one of our plants.” 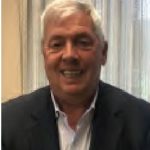 While industry park model sales have grown 15% in the past three years, he said, Skyline Champion’s own sales (representing both companies for the bulk of that time) rose 48%.

“And that’s not just because we joined (companies),” Grymonprez noted. “Champion alone occupies 25% of the market. So, with Skyline and Champion, we’ve got over 40%.”

In addition to the new manufacturing sites that Skyline Champion is bringing to the table, Grymonprez noted, the growing popularity of “tiny homes” is currently playing into the hands of park model RV builders because park models tend to be more appealing and more price competitive than tiny homes among buyers who are looking for smallish, economical vacation getaways.

“So, it’s really opened the eyes of people,” said Grymonprex, adding that the creation of the newly merged company has actually spurred a competitive edge among the companies’ plant staffs that has yielded an array of innovative new ideas.