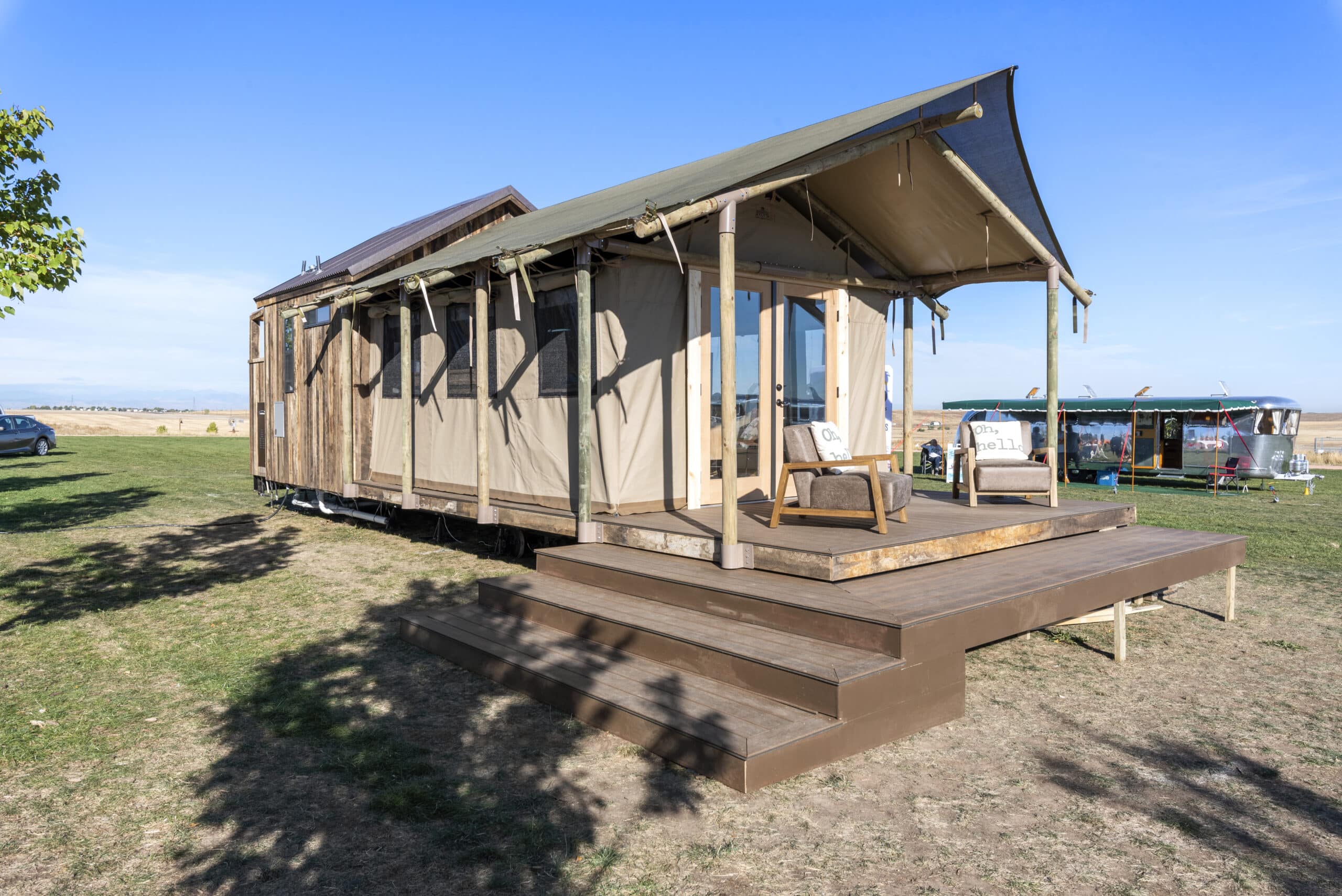 Cavco’s Glamping Cabin comes with a hard-sided back end and features a tented area at the front of the unit.

Cavco Industries Inc. unveiled a surprising twist to the park model RV segment when it showed off its new Glamping Tent Cabin — the official name is a work in progress — at the recent Glamping Show USA.

Traditionally, PRMVs are hard-sided units that look like smaller versions of much larger manufactured homes, but Cavco flipped the script with this recent model that features a large, tented section on the front end — akin to more of a glamping structure.

“We saw that there is growing business for glamping tents and tipis, so our thought was to build a park model, put a nice bathroom and kitchen in it and then on the porch, give people the ability to put whatever they want on it,” said Tim Gage, vice president of park model RVs and cabins for Cavco. “This unit has a tented area, for example.”

The company teamed up with Bushtech, a safari tent manufacturer based out of South Africa, to create the tented section of the unit. The tent is designed to last for decades, according to Gage.

It comes with the RV Industry Association’s seal of approval and meets the size requirements to be a PMRV, he noted.

The unit features a master bath and an outdoor shower at the rear of the unit. While the PMRV does not include a full-sized kitchen, it does have a microwave, refrigerator and sink, along with cabinetry near the rear of the tented area.

A queen-sized bed, along with a dresser, TV and other furniture make up the living space under the tent. There is even room for a porch at the front of the unit. An AC/heater split unit comes standard.

The reaction was “phenomenal” at The Glamping Show, with many wondering why it was on wheels.

“I told them that is because we want to put these in traditional RV parks and campgrounds, along with glamping parks,” explained Gage.