Slight Uptick in Gas Prices Due to Demand Increase 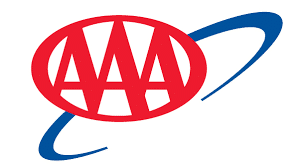 Since Monday (Sept. 21), the national average for a gallon of regular gasoline has increased by a penny to $2.19, which is one cent more than a week ago and a month ago, but still significantly cheaper than last year (-47 cents), according to AAA.

In the new weekly report from the Energy Information Administration (EIA), gas demand saw a slight uptick to 8.52 million b/d from 8.48 million b/d. The slight growth in demand, alongside total domestic stocks falling by 4 million bbl to 227.5 million bbl, has led to increases in pump prices. If demand continues to grow, pump prices could continue to climb. However, as the nation settles into fall, demand will likely decline as drivers take fewer road trips.

Decreasing stocks could signal that supply and demand are rebalancing, while crude production decreased by 200,000 b/d last week to 10.7 million b/d. Crude prices may continue to increase if supplies grow tighter, but demand challenges could contain potential growth in prices.