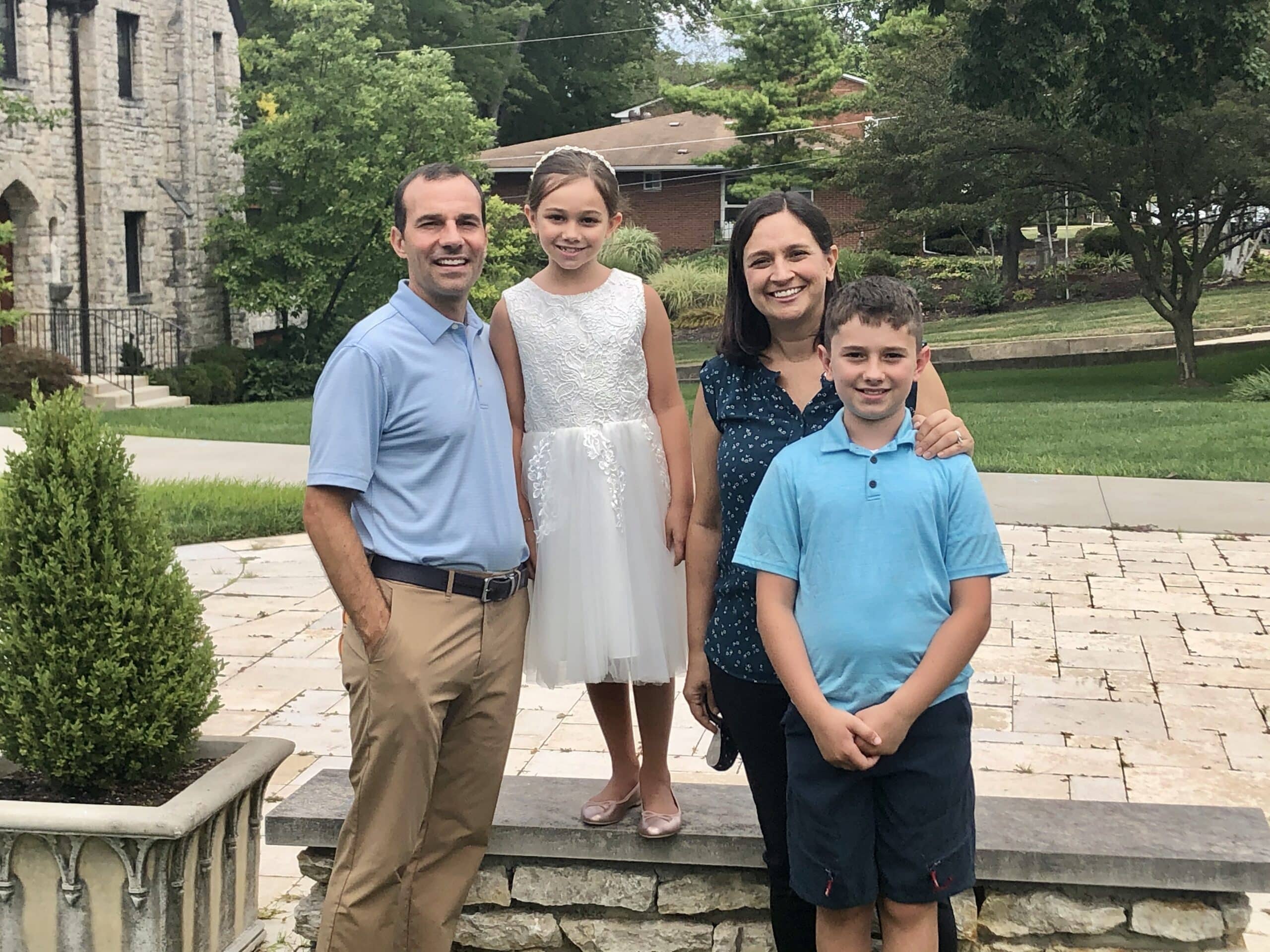 Kristy Smith, the longtime executive director of the Ohio Campground Owners Association (OCOA), is a government relations pro who was trained by Carolyn Towner, one of Ohio’s first female lobbyists.

“Carolyn Towner taught me the ropes of lobbying. She was a great mentor to me,” said Smith, who worked on several political campaigns while attending Kent State University, where she majored in sociology and minored in political science. “While in college, I volunteered on various local and state level political campaigns. That is how I got my start and interest in politics and government relations.”

After graduating from college, Smith worked for the Ohio House Republican Caucus as an intern for several state representatives and, soon after that, landed a job working as a lobbyist for Towner Policy Group in Columbus, Carolyn Towner’s independent lobbying firm, where she worked from 2001 to 2009. Towner’s firm represented professional associations for a variety of business and recreation interests, including boaters, boat dealers, county fairs, emergency physicians and physical therapists.

One of Towner’s clients was Steve Cross, an OCOA member who not only owned a campground — Cross Creek Camping Resort in Delaware, Ohio — but an RV and boat dealership, Alum Creek RV and Marine in Columbus.

It was Cross who recruited Smith in 2003 to take over management of OCOA, which he said was suffering from poor management. “We had problems just getting our financial statements prepared,” Cross said, adding that Smith brought a whole new level of professionalism to OCOA.

“We were really on a downward slide until Kristy came on board,” Cross said. “I can’t say enough good things about Kristy.”

Smith initially took on the role as OCOA Executive Director while continuing to work for Towner Policy Group, but eventually transitioned into working for OCOA as her sole client.

Managing OCOA was a natural fit for Smith, a native of Sandusky, who grew up taking camping trips with her parents and three brothers. “Camping has really always been a big part of my life,” she said. “We have such great memories of camping. We mostly tent camped.”

Growing up, Smith not only developed a love of camping, but an appreciation for country living. She was initially raised on her parents’ turkey farm and grew up like a tomboy, playing ball with her brothers.

“We were out in the country and had a lot of land,” she said.

By the time Cross approached Towner Policy Group about taking over management of OCOA, Smith was up for the challenge and managing OCOA seemed like a great fit.

“I am a details person and love to organize and plan,” Smith said. “I also liked the idea and challenge of running an organization, which seemed to fit my skillset, and growing it as a campground owners association. I was very excited that (the opportunity with OCOA) matched my interests as well.”

Smith took on the role of OCOA Executive Director in 2003 while working for Towner Policy Group. Amanda Sines, another Towner employee, also worked with Smith and Towner on the OCOA account. In addition to the administrative duties of OCOA, the Towner Policy Group handled the campground association’s lobbying work.

While Smith left the Towner firm in 2009, Towner continued to contract with Smith, which allowed her to continue serving as OCOA’s executive director. When Carolyn Towner retired in late 2014, Smith started her own management company and OCOA contracted directly with her as well as Sines, who also formed her own lobbying firm, Government Advantage Group. Smith and Sines have both worked on OCOA’s behalf for the past 17 years.

Smith said taking on OCOA as her sole client worked out well when she started having children because it gave her the ability the strike a better work-life balance. Smith and her husband, Jeff, an avid marathon runner and hiker, have two children, Lincoln, 10, and Laney, 8.

“Working for the campground owners meshes well with my own schedule,” Smith said. “When my kids are off school, the parks are busy so I can focus on my kids.”

OCOA currently has about 150 members — roughly a third of the privately owned and operated parks in Ohio — roughly the same number it had when Smith took over management of the association. However, Smith has nearly doubled the size of OCOA’s annual spring trade show, from 23 to 45 vendors, and has increased attendance and revenue generated by the show.

Smith used a variety of a strategies to increase the popularity of OCOA’s spring conference and trade show, including making it shorter — one-and-a-half days instead of two full days — which mak

es it more affordable. She also condensed the educational portion of the conference and packed it with more content.

“We made it more organized and more informative,” Smith said of the conference, which always takes place on the first weekend of March in Columbus. “It used to be two full days. Now it’s more like a day and a half, ending after lunch on the second day. We make it short and sweet so (park operators) can get back to their parks.”

Smith also holds the conferences as close as possible to the Columbus Airport. “That way, vendors don’t have as much expense. They can get off the plane and take a shuttle to the hotel,” she said.

As OCOA’s spring conference and tradeshow have grown in popularity, so, too, has the number of participating vendors, who provide a critical source of revenue.

“Our spring conference is our big, formal conference with classes and keynote speeches and the tradeshow. Our fall conference is less formal. That’s when we tour four or five campgrounds via bus,” Smith said. 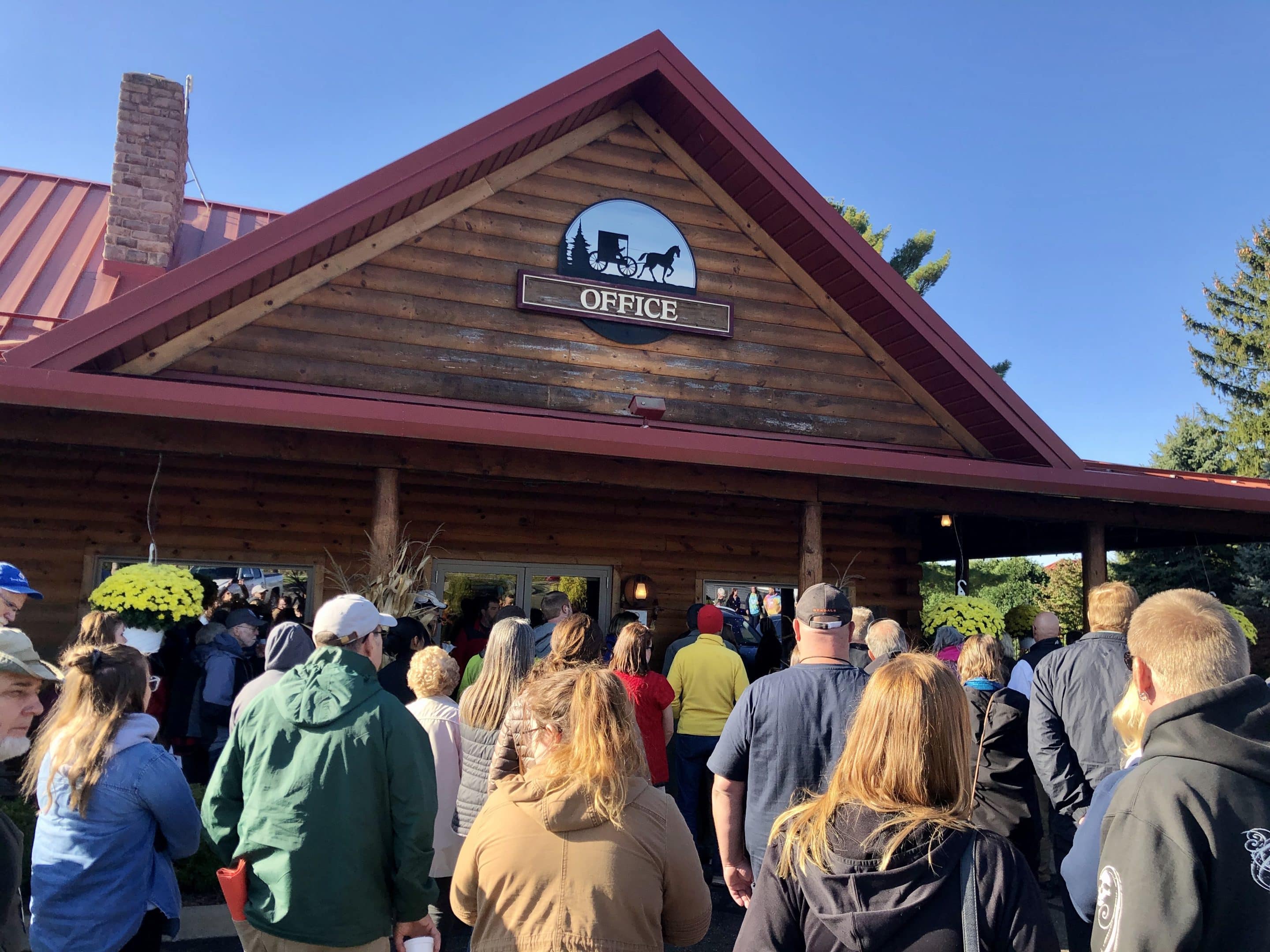 In the fall, the OCOA usually takes attendees on a tour of campgrounds, along with offering a chance for owners to communicate with one another about the successes and challenges of the previous season.

OCOA has a committee of board members who meet with Smith after each conference to discuss how it went and what they can do to improve it moving forward. OCOA was able to hold its spring conference and tradeshow this year. Plans are tentative for OCOA’s 2021 spring conference, depending on what happens with the pandemic, but the association is hoping to host an in-person event.

OCOA also produces a state campground directory to showcase its member parks, with 180,000 printed copies planned for 2021. But with many RV shows being cancelled in early 2021, including the annual Ohio RV Super Show in Cleveland and the AAA Vacations Expo, Smith said OCOA is identifying new venue locations to receive the guides, which are distributed by a number of companies and outlets.

While OCOA continues to focus more attention on improving its website and social media presence, printed campground directories remain an important component of the association’s marketing efforts. “I think there will always be demand for the printed directory,” Smith said.

COVID-19, of course, has created new challenges for Ohio’s campground operators, with many mandatory protocols in place to keep campers and staff safe.

“We worked with the government to open parks to seasonal campers in late April and to overnighters right before Memorial Day,” Smith said, adding, “I was on the phone with our lobbyist many times a day. Luckily, we got the parks open to overnighters prior to Memorial Day. But a lot of the other outdoor recreation groups weren’t so lucky — swimming pools were not able to open until after Memorial Day and amusement parks not until June or July.”

Smith is hoping that Ohio’s private parks have an easier time reopening for business in 2021 even as the pandemic continues. “We have proven that we are able to open and operate in a safe way,” she said, adding, “We’ve had no major issues with COVID, no outbreaks at any campground that I am aware of. Camping is just a great way to escape. You really can do it safely. There is no downside to camping.”

While COVID-19 remains an area of concern, OCOA is also focusing its attention new legislation to protect Ohio’s campground operators from frivolous lawsuits. OCOA is advocating passage of HB 355, which has already won approval from Ohio’s State House and was to go before the Senate sometime this fall, Smith said.

The proposed legislation is very similar to Wisconsin’s Assembly Bill 174, which provides immunity to private campground operators from lawsuits involving a variety of risks that are inherent to camping, such as dangers caused by trees, roots, rocks, mud, sand and soil as well as natural bodies of water, a lack of lighting, weather and insects, birds and other wildlife. Wisconsin’s “Inherent Risk Law” took effect April 1, 2016.

Looking to the future, Smith said OCOA plans to continue to increase its online and virtual platform and presence. “Plans for increased social media and an OCOA app for campers are on the horizon,” she said.