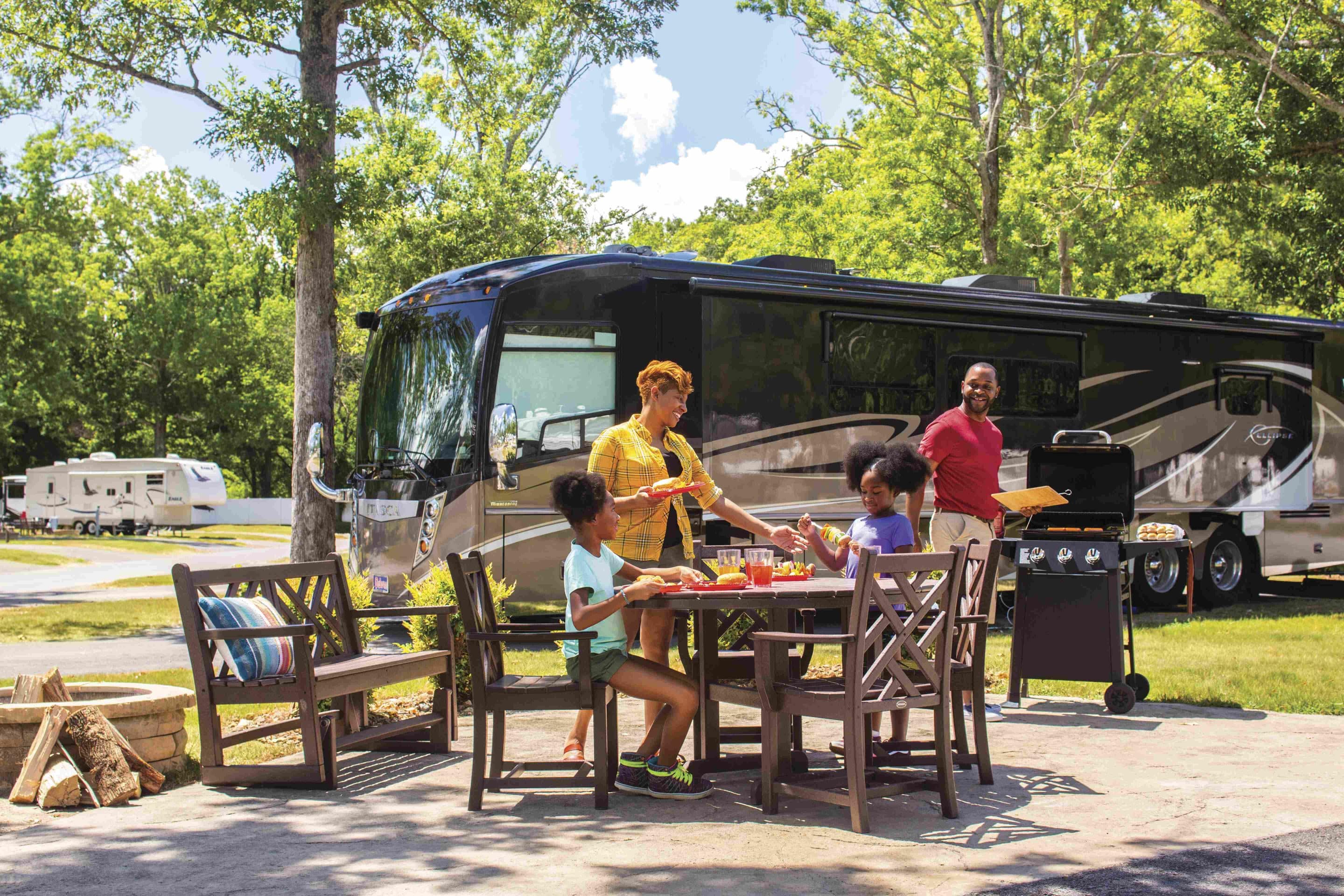 Despite a wet spring — including some severe flooding in different regions of the United States — officials at state campground owner associations say that the 2019 summer season was a great one for many park owners, with interest among campers at an all-time high.

Paul Bambei, CEO and president of the National Association of RV Parks and Campgrounds (ARVC), said it was safe to say that the 2019 season has been a good one for most park owners.

“We are hearing from our members that things started off slow due to a wet spring and early summer in many parts of the country, especially the east and north, which especially affected weekend campers who are more weather-driven,” he explained to WOODALLSCM.com (WCM). “But as the weather improved, the campground economy improved with it through mid-summer and on into Labor Day weekend.

“Of course, Hurricane Dorian in early September was especially hard on parts of the southeast, causing a forced evacuation in several coastal states, including camping strongholds like Myrtle Beach, S.C., where a five-day evacuation was imposed,” he added. “I’ve talked with several park owners in this region who said up until Dorian, they were up year over year, but now may be looking at breaking even.”

ARVC has sent out surveys to its members and hopes to offer more concrete information on how the industry fared through its 2019 Industry Trends and Insights Survey. 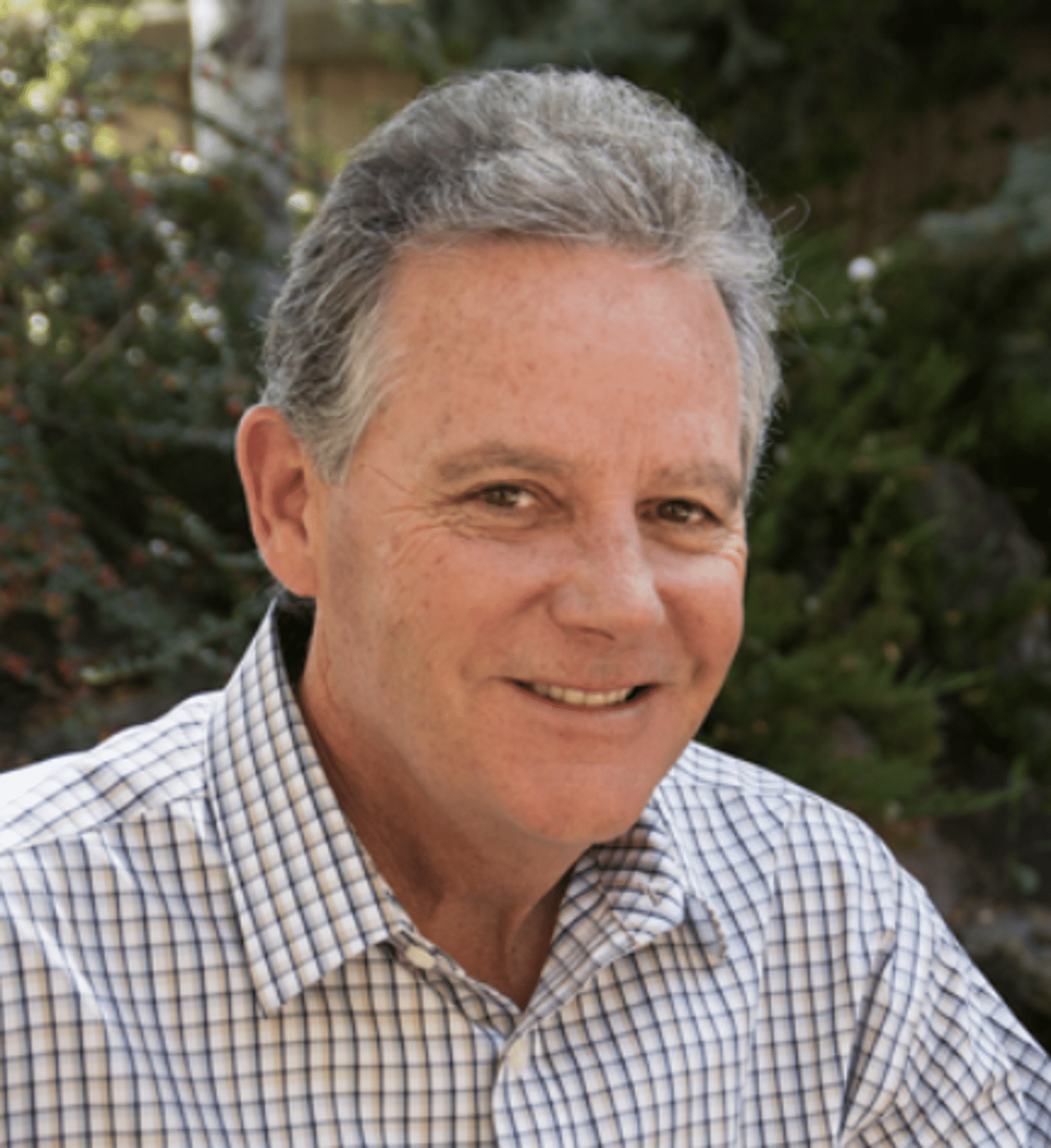 In Maryland, Deb Carter, executive director of the Maryland Association of Campgrounds, noted that member parks were packed this summer.

“This year we had a very hot, and much drier summer as compared to 2018,” she said. “We also saw our second year of the vast majority of schools starting after Labor Day. That gave us another full week of summer, not just for campers, but for staff as well, which was a big benefit economically.”

Milford, Ohio-based Leisure Systems Inc. (LSI), which franchises around 75 Yogi Bear’s Jellystone Park Camp-Resorts throughout North America, has seen a number of its parks impacted by flooding, including one park in Oklahoma that was forced to close early for the season. Still, Trent Hershenson, vice president of marketing for LSI, said campers were eager to return to parks that were impacted by flooding and rain.

“Basically, as soon as the water went away people were asking to come back,” he explained.

Hershenson said that LSI is expecting its 11th straight year of growth in 2019, with their parks seeing sales up 12% over 2018 during the first six months of the year.

“That is a really big deal because last year was our biggest year ever across the network, so to see an increase from that is great,” he explained. 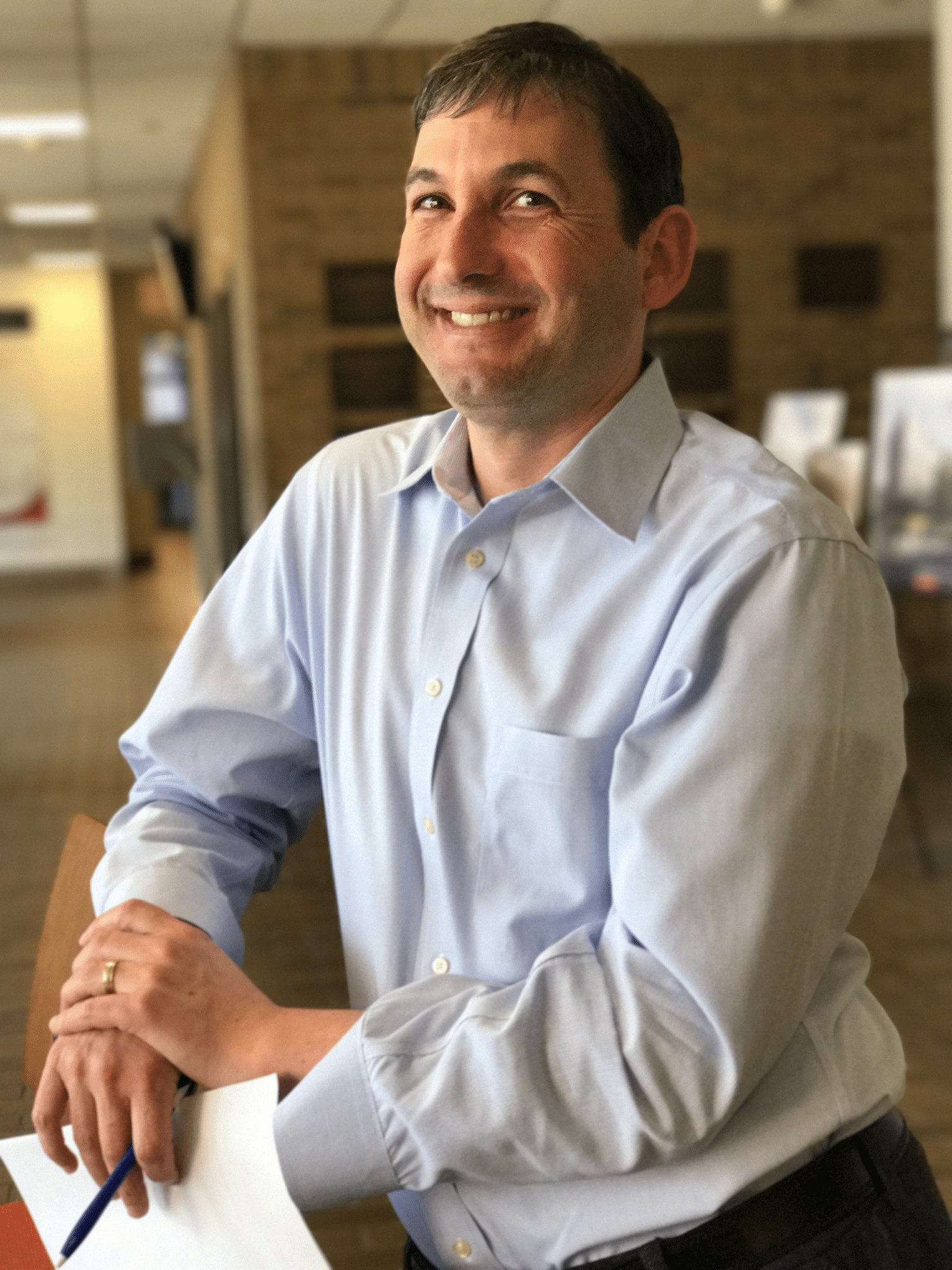 In Ohio, Kristy Smith, executive director of the Ohio Campground Owners Association (OCOA), said that campground owners reported that campers were even willing to stick it out in the rain for the most part.

“We had some owners that reported that despite the rain, they were impressed with the number of folks that camped in the rain,” she explained. “Owners didn’t see as many cancellations as they were expecting.”

In California, owners of some northern parks weren’t able to open as early as they normally do because of an increased amount of snowfall, according to Dyana Kelley, executive director of the CampCalNOW RV Park and Campground Alliance (CampCalNOW), still she said that the summer season went “ballistic” once the weather improved.

“All the lakes, rivers and reservoirs were full, so every aspect of outdoor recreation was booming,” she noted. “Our members have all said that it has been a phenomenal year. Busier than it has been in a long time.”

That story holds true for associations throughout the country, which for the most part all saw the rainy spring turn into a very busy summer.

“I have visited more than 60 campgrounds this year and I have had very few owners tell me anything negative about their summer season,” explained Dee Witting, executive director of the Carolinas Association of RV Parks and Campgrounds (CARVC). “They are tired right now, because it has been such a successful season.”

“Our Maine parks have been extremely busy, and not only on those Thursday-through-Sunday stays, but midweek has been full as well,” said Dyer, adding that traffic on the Maine Turnpike has been at an all-time high.

Campground business levels in Maine have been increasing, along with other segments of the tourism business for several years.

Joann DelVescio, executive director of the New Jersey Campground Owners Association (NJCOA), also said that campground owners in the state were happy with the number of Canadians that visited their parks, despite the unfavorable exchange rate at the moment. 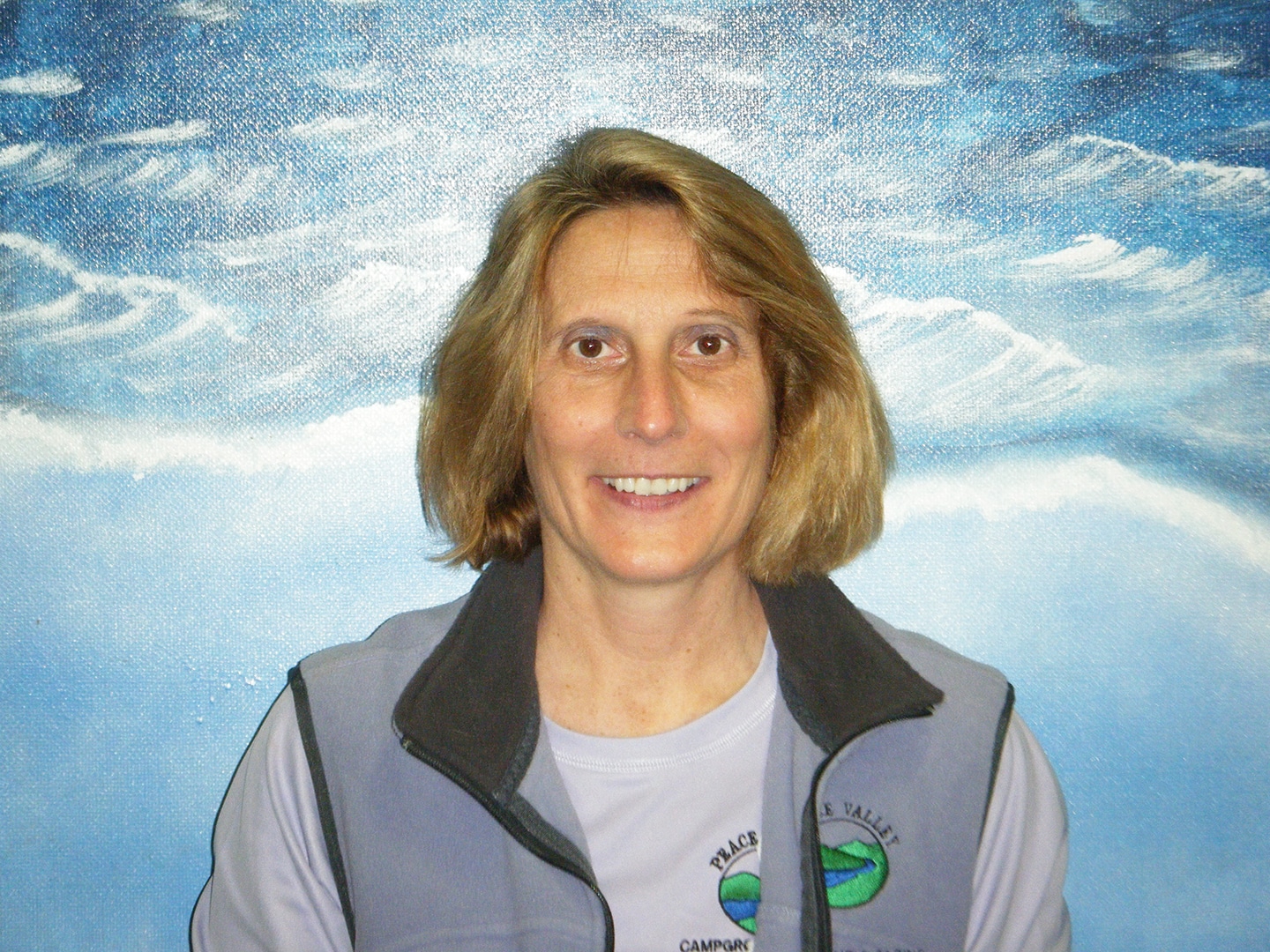 In Texas, which is gearing up for a busy snowbird season, Brian Schaeffer, executive director of the Texas Association of Campground Owners (TACO), said that owners have mentioned things were a little flat this summer, but that owners are still in a much better place than five years ago.

“Sooner or later there’s some consolidation,” he noted.

One trend that has seen a jump in Texas, according to Schaeffer, is the increasing demand for monthly sites.

“It’s for all different kinds of reasons,” he explained. “There are people that are buying or building houses and so they need some time and a place to stay, and so the RV becomes that outlet. The oil and gas industries are also strong here and that has been attracting workers. We are also seeing hospital workers and university students that are looking for places to stay. That seems to be a big driver of the market right now too.”

In the Carolinas, Witting said that she is noticing a similar trend, with extended stay sites hard to come by.

“Campers are really struggling to find extended stay sites at the moment,” she noted. “There is a lot of construction and other things going on that is attracting workers, and parks are filled up.” 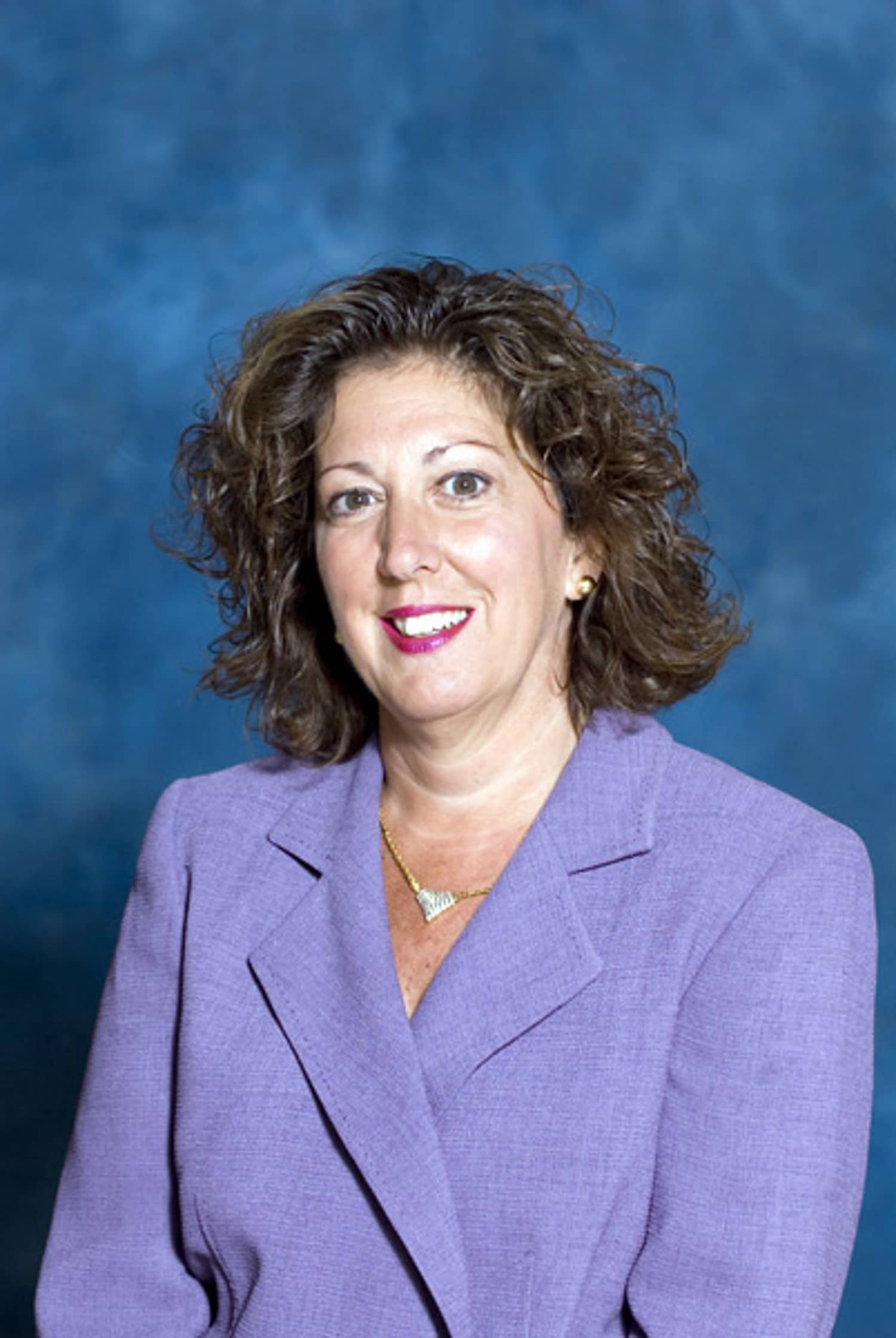 Owners are also finding ways to extend their seasons, with many staying open later into the fall.

“With the fall foliage we have in Ohio and the Halloween activities that are becoming increasingly popular, many of our owners stay busy well into October,” said Smith.

At many Jellystone Parks, Hershenson said that Halloween starts early in September and really helps drive traffic after kids return to school.

“It is almost like a second mini summer for our owners,” he explained. “We have more and more parks each year that are adding new weekends to the point that I think a good number, if not maybe even a majority, now offer six Halloween weekends starting in September. Some of the parks even started in August and it drives attention and demand.”

Bill Sheffer, executive director of the Michigan Association of Recreation Vehicles and Campgrounds (MARVAC), said owners in the state have a lot to offer throughout the month of October.

“Kids will dress up and trick-or-treat, and the foliage is absolutely beautiful this time of year as it changes colors,” he said. “We also have a lot of campers that like to visit parks this time of year because it is easier to select the site they want.”

Throughout the past few years owners have continued to invest in accommodation units at their parks, and many of the association leaders that WCM spoke with said that trend continued in 2019.

“We definitely have seen an increase in owners adding park model RVs or cabins to reach a broader audience,” noted Sheffer. “They appeal to people who may not have the means to purchase an RV, or a vehicle to tow it, but it still gives them an opportunity to experience camping.”

In California, Kelley said that glamping was exploding, with owners continually adding more options for campers.

“Some of them are going beyond just the park model RVs and looking at yurts, covered wagons, tipis, and other things like that,” she explained. “One of the reasons why they are saying it is working out so well for them is that you’ve got the young Millennials that will come and bring their tent or their van conversion. Then you’ve got their parents that are maybe in the RV, but then you’ve got grandparents that no longer can drive an RV and they end up in a cabin, and it supports all generations then.

“Everyone can be comfortable, which is one of the reasons that owners found they can host bigger groups when they’ve got more types of accommodations,” Kelley added.

“They are putting in yurts or more cabins and park model RVs,” she explained. “They are also finding more ways to add amenities to RV sites as well.”