Some States Along Mo. River Have Higher Flood Risks 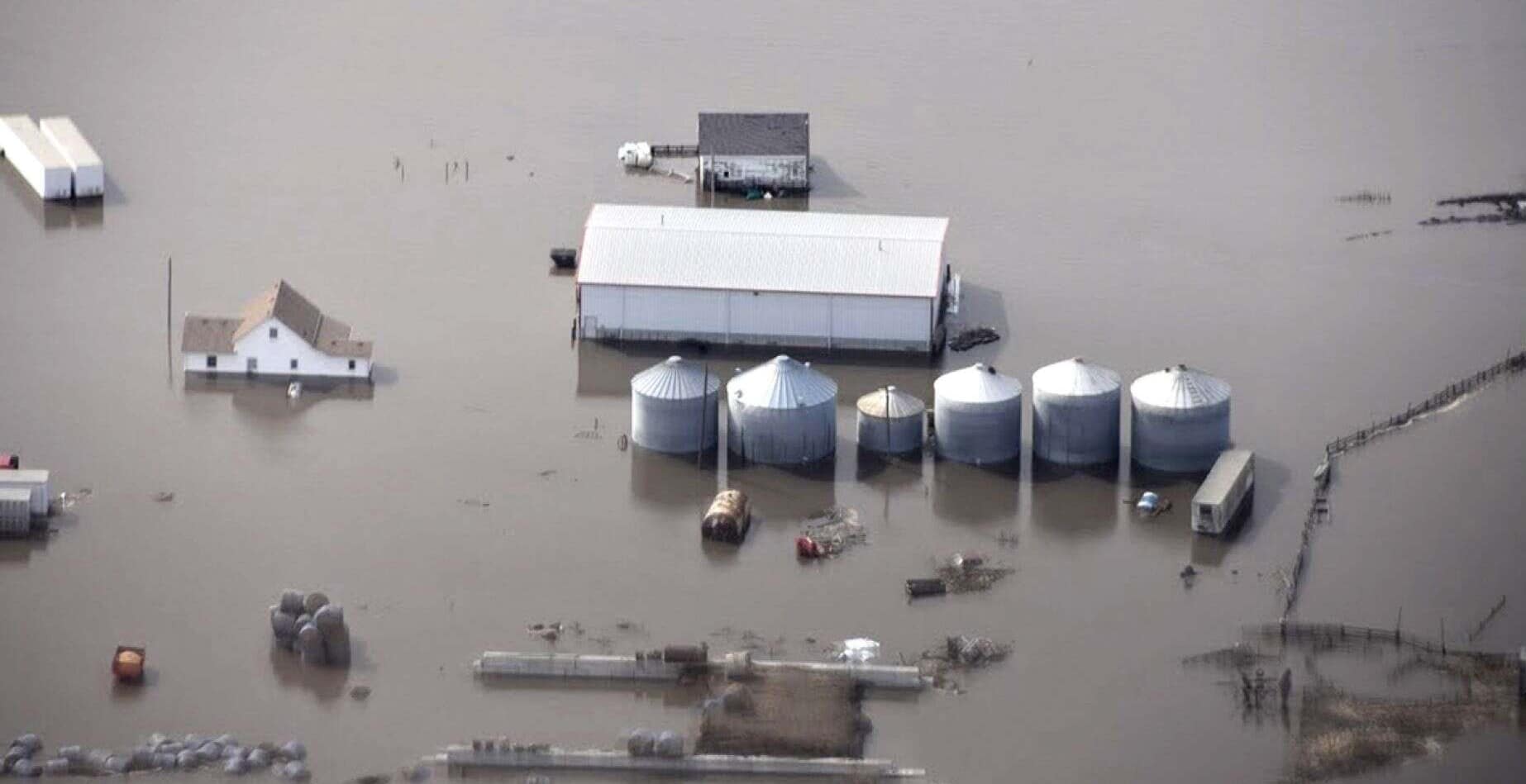 This March 2019, file photo, taken by the South Dakota Civil Air Patrol and provided by the Iowa Department of Homeland Security and Emergency Management shows flooding along the Missouri River in rural Iowa north of Omaha, Neb.

Several states along the Missouri River face an elevated flood risk this spring because the soil remains wet and a significant amount of snow is on the ground in the Dakotas, the National Weather Service said Thursday (Feb. 13), according to FOX News.

The forecast heightened concerns in areas of Nebraska, Iowa, Kansas, and Missouri with levees that still have extensive damage from massive flooding last year and where residents and officials already anticipated some flooding.

“We are very concerned at this point,” said Jud Kneuvean, who oversees emergency operations at the U.S. Army Corps of Engineers’ Kansas City office.

The weather service said Nebraska, Iowa, Kansas, Missouri and eastern North Dakota and South Dakota face an above-average flood risk this spring. The flood risk is close to normal in Montana and the western half of the Dakotas.

Even in places where the Corps has patched holes in levees that were damaged in last year’s flooding, the level of protection may be lower than it was because initial repairs haven’t all been done to the full regular height of the levees.

The status of levees varies greatly. In Iowa and Nebraska, many of the major levees have been patched, although some breaches remain open. In Kansas and Missouri, much of the repair work has yet to begin.

Part of the problem is that the water remained high for so long in some areas that officials couldn’t even assess some of the damage until recently.

In Missouri’s hard-hit Holt County, where Tom Bullock serves as emergency management director, repairs have not yet started on the levees that broke and allowed roughly 95,000 acres of mostly rural land to flood last spring.