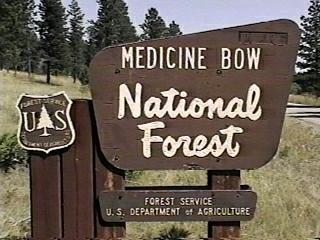 Wind whipped across the open campground. Trees lined the outside, some green, others gray, many still red.

It’s a common scene in the Medicine Bow National Forest outside of Laramie, Wyo., one of many ravaged by the recent mountain pine beetle epidemic. Only this time people moved and worked behind the closed-campground signs, the Casper Star-Tribune reported.

About 80 WyoTech students raked, shoveled, tore down and picked up truckloads of debris on Saturday and Sunday from the Yellow Pine Campground on Pole Mountain. The U.S. Forest Service closed the campground in 2010 because of threats from dead, falling trees. As part of a partnership with the Forest Service, WyoTech students volunteered to provide hours of free manual labor hoping to open one more campground to visitors.

Students at WyoTech, a technical school based in Laramie, volunteer more than 13,000 hours each year to local projects, said Jessica Nape, the school’s student service coordinator.

WyoTech students often come from out of state and after a year finish their programs in things like automotive, diesel or collision repair and refinishing.

In the several years since the beetle kill epidemic really hit the Medicine Bow National Forest, forest officials have had to work on 14 of the 16 campgrounds near Laramie. Some of them have been closed for extended periods of time, such as Yellow Pine, said Aaron Voos, a public affairs specialist for the Medicine Bow-Routt National Forests.

Officials closed Yellow Pine because of the epidemic and worries over falling trees. What used to be a heavily wooded campground about halfway between Laramie and Cheyenne now sits cleared and open. Certain areas of Pole Mountain were opened to firewood collection to help remove some of the dead trees. What was left was sticks and brush. 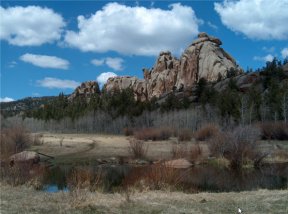 Volunteer Kelly Bahn admitted the campground looked a little sad and hoped trees would move in soon. In the meantime, he felt they were making a difference.

If all goes as planned, the 18-space campground should be open in several weeks.

The volunteers will come back to repaint the picnic tables and finish any last touches.