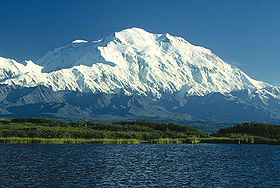 The once-common sight of a meandering, RV-driving summer tourist is becoming more of a rarity in Alaska, according to a new survey of visitors.

The survey, dubbed the Alaska Visitor Statistics Program, is commissioned by the Alaska Department of Commerce every five years. The 2011 survey was released March 19, the Fairbanks Daily News-Miner reported.

Border crossings at the Top of the World Highway, the Alaska Highway and the Haines Highway slipped a combined 26 percent from 2006 to 2011, according to the comprehensive study. The only border crossing to challenge the trend was the Klondike Highway between Skagway and Whitehorse, which saw a 17 percent bump in traffic.

Heather Haugland, who is the project manager of the survey conducted by the McDowell Group, said the drop in road traffic disproportionately affects communities in the Interior, which rely more on highway visitors.

“Certainly, Fairbanks has been a victim of that (shift),” Haugland said.

Rising gas prices are part of the reason for the dip in road travelers, tourism officials say, but time also appears to be an issue. Even among retirees, fewer people have a month to spend on a leisurely drive to Alaska and back.

“Americans have a time deficit, even retirees,” said Deb Hickok, executive director of the Fairbanks Convention and Visitors Bureau. “The reality is, the consumer is changing.”

Scott Reisland, the owner of Denali Grizzly Bear Resort, said he’s seen the effects of those changes on his business, and that it stretches back much longer than 2006.

RV traffic has plummeted so much in the past decade that he closed down a 98-space park near Denali National Park at the end of last summer. Only a second RV park he owns, with just 24 spaces, will reopen.

“There’s a lack of long-term time to go on a vacation in Alaska,” he said. “It’s a long-haul destination, and people are staying closer to home.”

What does Hickok make of the bigger picture? It’s hard to say, she admits.

Since the number of visitors peaked in 2006, the industry has gone through unprecedented times. The global recession saw Alaska visitor numbers plummet in 2009, and those numbers have only gradually recovered.

Since visitors to Alaska peaked at about 1.7 million in both 2007 and 2008, they’ve slipped down to about 1.56 million in 2011. Those declines have stopped for the first time since the recession, however, with a 1.6 percent increase last summer from 2010.

Because of that, Hickok said, gleaning information from visitor numbers in 2006 and 2011 leaves out a lot of upheaval in between. She’s wary to read too much into the figures, saying the numbers are better read as a snapshot in time rather than a gauge of future trends.

“People ask me how things are going to be in the next few years, but I won’t even venture a guess,” she said. “It depends on who you talk to.”

An estimated 325,000 visitors made it to Fairbanks in summer 2011, according to the survey, making it the eighth most popular destination in Alaska. Juneau, fueled by heavy cruise-ship traffic, topped the list with 917,000 visitors.

Fairbanks visitors were more likely to participate in cultural activities than people in most other regions, with tours of gold panning, mines, museums and historic attractions claiming a large share of attention. The average visitor spent $354 in Fairbanks.

Fairbanks’ share of Alaska-bound tourists dipped slightly from 2006 to 2011, from 24 percent to 21 percent. Much of that change is because of decisions by some cruise ship companies to cut back on Interior side trips, Hickok said.

Hickok said she’s eager to see what an upcoming report on winter tourism reveals. Although the four-month summer visitor season brings about 70 percent of visitors to the state, there are indications that Alaska is making big gains as a winter destination.

“For winter, we’ve seen steady growth even through this recession — that’s our sense of it,” Hickok said.