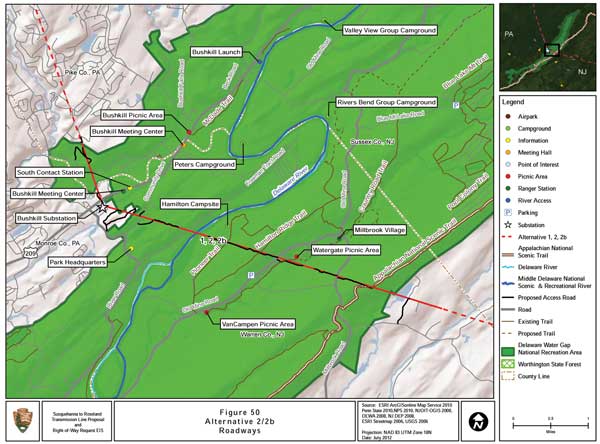 A coalition of environmental groups has asked a federal District Court judge in Washington, D.C., to stop work on the Susquehanna-Roseland power line project within 20 miles of the Delaware Water Gap National Recreation Area and to prevent the National Park Service from issuing any permits for work to begin within the recreation area, the New Jersey Herald reported

The motion was filed Thursday (Dec. 6) with Judge Richard W. Roberts of the District Court for the District of Columbia and asks for an expedited hearing, said Hanna Chang, an attorney with Earthjustice, one of a dozen organizations which already have filed a lawsuit against the Park Service decision to issue permits.

The Susquehanna-Roseland project meanders along a route that enters the park in Lehman, Pa., and crosses into New Jersey in Hardwick before crossing the Sussex County towns of Stillwater, Fredon, Newton, Andover, Byram and Sparta before heading east toward Roseland in Essex County.

The 20-mile radius sought in the order would include all of the Sussex County portion of the line.