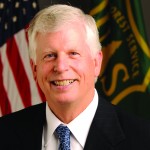 The U.S. Forest Service’s campground concessionaire program started 30 years ago as an experiment.

Short-staffed, the agency slowly began turning over the operations, maintenance and management of campgrounds and trailheads across the country to private contractors, who in turn got to keep the fees.

Today, it is an industry.

And as of this week, it is an industry under attack, the Camp Verde, Ariz., Bugle reported.

On Sept. 11, six individual parties filed suit in a Washington, D.C., federal court, challenging fees charged by concessionaires that are not allowed in Forest Service operated sites, as well as the rationale under which the Forest Service allows them to charge the fees.

Specifically, the suit challenges the fees charged to individuals who are entering campgrounds, day-use areas or trailheads operated by concessionaires, solely to park a vehicle or access public lands.

It also challenges the method by which fees were imposed at some of the concessionaire operated day-use areas, contending the Forest Service never went through a mandatory public involvement process or properly noticed the fees in local newspapers or the Federal Register.

The case targets five specific sites in three Western states, but if the plaintiffs prevail it would impact campgrounds and other concessionaire-operated sites across the country. Nationwide, nearly half of all Forest Service campgrounds are operated by private companies.

The plaintiffs in the case are affiliated with the Western Slope No-Fee Coalition, the same organization that supported a successful challenge to the Red Rock Pass Program.

The group is basing its challenge of the concessionaires’ practices, which also includes refusing to honor federally issued passes for seniors and the disabled, on the same law that the 9th Circuit Court of Appeals ruled forbids the government from charging fees simply to access public lands.

The Recreational Enhancement Act (REA) specifically prohibits the Forest Service from charging fees “solely for parking,” or “for general access.” The law also states that the provisions apply to any “third party.”

The Forest Service’s concessionaire policies have recently been under congressional scrutiny.

When questioned during a Forest Service budget hearing in March, Forest Service Chief Tom Tidwell told Congress that the practices of the concessionaires are authorized under the Granger-Thye Act, a law enacted in 1950 that allows for private use of public lands.

Tidwell said that because the fee program is authorized under an act other than the Recreational Enhancement Act, private concessionaires are exempt from REA’s provisions.

“The concession program relies on the exemption for economic viability,” Tidwell told the Senate Committee on Energy and Natural Resources.

It is a justification that Kitty Benzar, spokesperson for the Western No-Fee Coalition, says is wrong.

“We think it’s completely wrong. The relevant language in the Granger-Thye Act does not trump all restrictions on fees contained in the Recreational Enhancement Act.

“The way you settle something when there is a difference of opinion about what the law says is you take it to court. Doing it is not my favorite thing to do. It’s going to be lengthy and difficult, but it’s the only way to find out if their interpretation of the law is correct or ours is.”

The Forest Service had no comment as they have not had time to review the complaint. By law they have 60 days to respond.