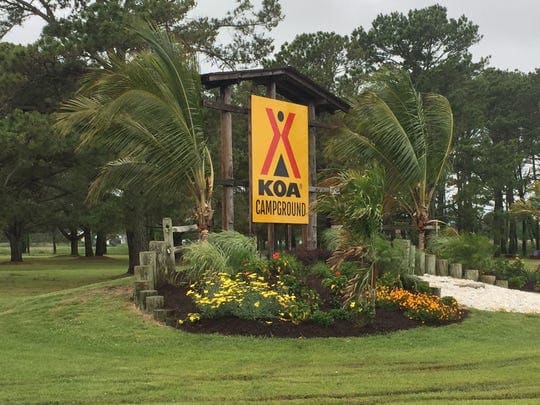 The Chincoteague Island KOA.
A Chincoteague, Md., waterpark and campground have been sold for more than $15 million, according to the Delmarva Daily Times.

The assessed value was given as $3.2 million, according to the court record.

The former Maddox Family Campground was sold in 2016. After a $5 million renovation, it is now called the Chincoteague Island Kampgrounds of America (KOA).

The campground, on 200 acres near Assateague Channel, has more than 400 campsites, as well as cabins and other amenities.

The assessed value was given as $4.7 million in the court record.

Blue Water will maintain management and operations at both the campground and Maui Jack’s waterpark, according to the statement, which went on to state, “… so our guests can expect the same first-class experience and service that they have come to love.”