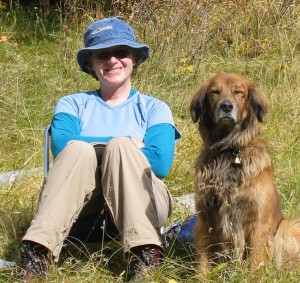 Visitors to U.S. Forest Service campgrounds are unhappy to find a private concessionaire instead of a federal uniformed forester at the entrance to national forest campgrounds, a Western Slope No-Fee Coalition study says.

The unexpected finding turned up when the group analyzed 4,100 responses to a Forest Service request late last year for comment on a proposed reduction in camping discounts for senior citizens and people with disabilities, No-Fee President Kitty Benzar said last week. The responses were acquired through a Freedom of Information Act request, according to The Durango (Colo.) Herald.

(The Western Slope No-Fee Coalition was founded in 2001 by four renegades from western Colorado who refused to pay $5 to drive on a dirt road. It has evolved into a principal voice of the many Americans who believe in public ownership and public funding of public lands. It welcomes support from people of all recreational pursuits and political persuasions.)

While the Forest Service in March decided not to reduce campground discounts enjoyed by the elderly and people with disabilities from 50% to 10%, the number of unsolicited comments unfavorable to concessionaires was startling, Benzar said.

“I’d say nine of every 10 responses mentioned concessionaries when it wasn’t even part of the survey,” Benzar said. “There was overwhelming sentiment that federal land should be managed by a public agency — or at least volunteers — and not a private business.”

The general tenor of the comments — from 50 states, the District of Columbia and three Canadian provinces — is that concessionaires are interested only in profit and don’t have the same sense of stewardship of the land and natural resources as Forest Service employees, Benzar said.

A review of the responses by The Durango Herald found national park users upset about camping fee increases over the years. They saw the proposed reduction in the discount as a disguised effort by concessionaires to increase profits. The Herald review found an estimated 50% of respondents put concessionaires in an unfavorable light.

Asked to comment on the number of unsolicited references to concessionaires, a Forest Service spokesman in Washington said in a statement: “We appreciate that a significant number of people took the time to submit comments and expressed their heartfelt interest in national forest and grassland recreation. The Forest Service found their comments included some good ideas for improving the Forest Service recreation program. We value this feedback and will continue to utilize it as appropriate to ensure that these special places can be enjoyed today and by future generations.”

A request to address the concessionaire issue specifically brought this response Monday from press officer Joe Walsh: “The statement speaks for itself,” Walsh said. “We’re not going any further.”

The operation of the 47 campgrounds in the 1.9 million-acre San Juan National Forest — the closest to Durango are Junction Creek and Haviland Lake — are under contract to a new concessionaire this year: Rocky Mountain Recreation based in Valencia, Calif. Dave Baker, the Forest Service program leader for recreation and wilderness in Durango, said only one other bid was received, from Recreation Resource Management of America of Lakeside, Ariz.

Baker said that based on a three-year average, a concessionaire with the San Juan National Forest collects $500,000 in fees annually. He said 10% is reserved for deferred maintenance. Concessionaires then pay their business expenses, and the remainder is profit. Baker estimated that concessionaires earn 3%-5% profit.

Will Newman, vice president for operations at Rocky Mountain Recreation, has a different take on the role of concessionaires. Property management is a business and has to be managed as such, said Newman, who oversaw contracts for the National Park Service before moving to the private sector.

As a private business, Rocky Mountain must bid on jobs, has a payroll to meet, pays transient occupancy tax the same as hotels as well as local, state and federal taxes, and it returns 10% of its profit to the Forest Service, Newman said. Private companies also buy locally, a stimulus to the economy, he said.

Public agencies 20 years ago began turning to private contractors, which are more nimble in many aspects of business than governmental agencies, Newman said. He cited the use of scavenger companies to empty garbage cans and the ability of private industry to spend money on improvements when necessary without waiting for someone else’s budget process.

“We don’t set fees for campgrounds,” Newman said. “When a prospectus comes out, we do a survey and put in a bid. We have to be aware of regional costs and of (bidding by) competitors.”

Rocky Mountain’s contract with the San Juan National Forest is for five years with an option for a second five years.

A pass good for one year costs able-bodied people $80. The pass is $10 for seniors and free for people with disabilities.

“By turning a site over to private management, the Forest Service is bypassing federal requirements, not to mention oversight by Congress and the public.”