Survey: RV Park Game Room May Be a Goner 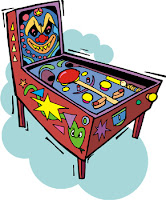 The RV park game room is headed the way of the dinosaur, according to a weekend survey by RVtravel.com.

“Only three percent of the more than 1,500 readers who responded were interested in a game room,” said RVtravel.com editor Chuck Woodbury. “Seventy percent said it was not important to them in choosing one park over another, and 27 percent said they would “rather a park did not have one.”

“We are amply entertained with our computers and our Kindles if it comes to indoor fun,” one reader commented.

“To be fair, most of our readers tend to be older, avid RVers and not young families,” so that partially explains the high negative results,” said Woodbury. “Still, RV park owners tell me that RVers and their children are bringing their games with them now on their computers and mobile devices and don’t need to visit a game room. KOA does not even require its new franchise owners to have one.”

The up-to-the-minute results of the survey can be viewed here.