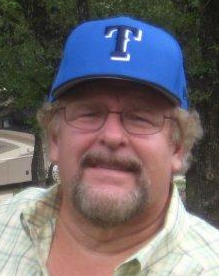 RV park managers in San Benito, Texas, fear a new ordinance could open their financial records to the city and unfairly penalize them if their count of mobile homes and park models doesn’t match the city’s count.

The ordinance describes such discrepancies as “violations” and “theft of services.”

“They can come in here and open up our financial records and see what kind of business we’re doing,” Richardson said.

Pete Claudio, chairman of the city’s utility board, denied the accusation.

“It is incredible,” Schaeffer said. “We had a problem with the general access to a park’s books. They want auditing rights over your books. We’re going to see if it violates the law and if we need to tighten up (the law) because this is ridiculous.”

Claudio said the city will not apply the penalties unless parks misrepresent their numbers.

The amended ordinance requires parks to provide the city with monthly reports stating the number of mobile homes and park models that are occupied.

The city will use the information to charge the $10 monthly water fees for the mobile homes and park models.

“The utility department will perform periodic, random audits of the rent rolls through visual count and evaluation of … park records to confirm the information reported,” the ordinance states.

“Park management will be required to assist the utility department in determining the nature of, or reason(s) for, differences identified between the audit and information reported in the rent roll. The results of the audit will be compared and reconciled to the rent rolls provided and any unexplained variances will be considered a violation of this ordinance and theft of services.”

“In the event that it is determined that a violation of this ordinance has occurred, the city will assess and the (park) will pay for the following 12 months the surcharge based on the total number of qualifying rental spaces last provided by the city’s last audit results.”

“In the event of any subsequent differences between audited amounts and those reflected in the rent roll the city will assess and the … park will thereafter permanently pay a surcharge based on the total number of qualifying spaces provided by the city’s last audit results.”

“There are so many demands and financial repercussions,” Richardson said.

But Claudio said the city would assess the penalties “only as a last resort.”

City officials, he said, believe occupied mobile homes and fixed park models should be charged water fees to help homeowners shoulder the burden of high water rates that have climbed since 2004 to help pay for water and sewer improvements that include a $17.7 million water plant.