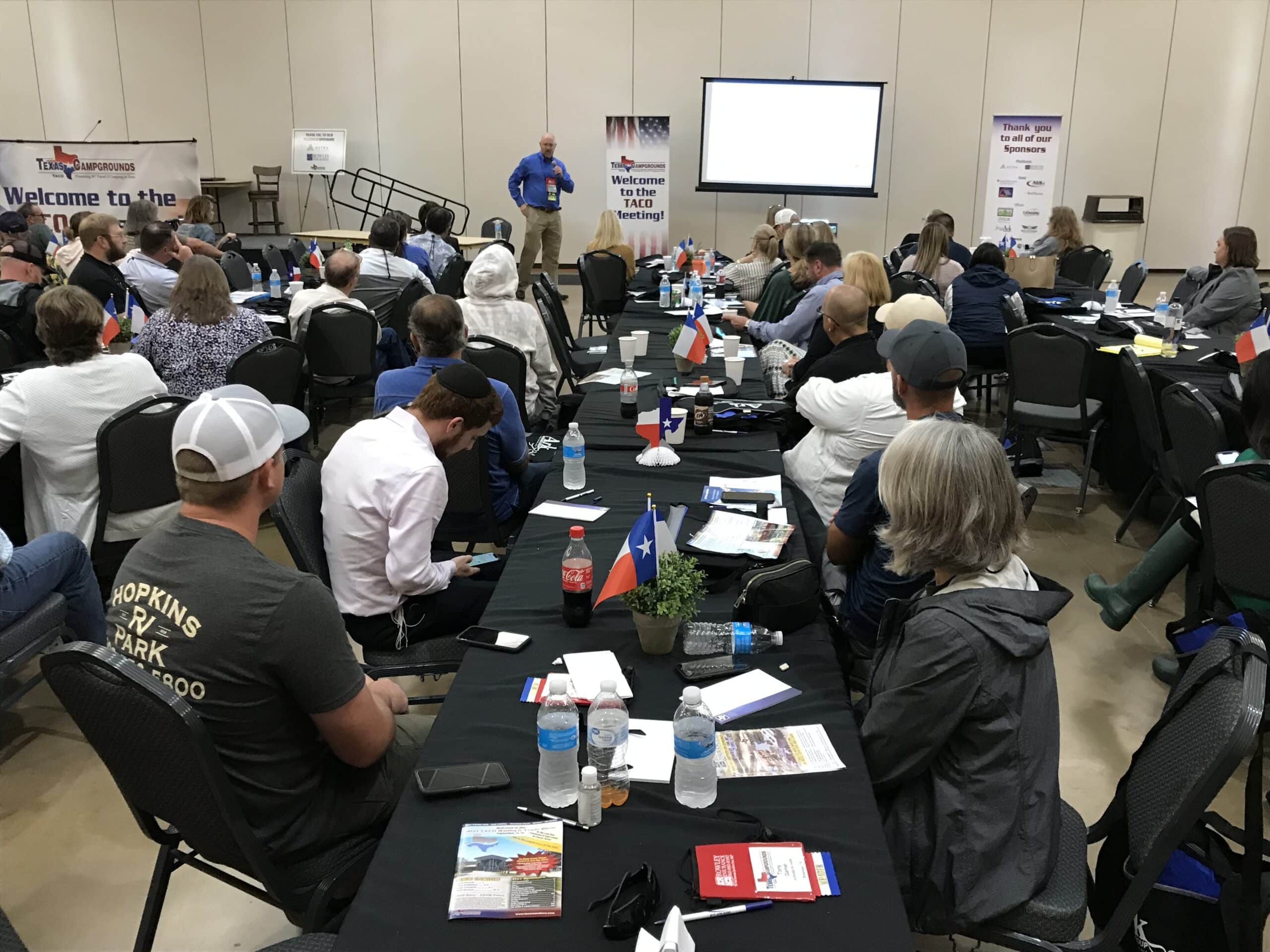 Not even a hurricane could keep record numbers of campground operators, vendors and industry officials from attending the annual Meeting and Tradeshow of the Texas Association of Campground Owners (TACO).

Over 300 park operators, vendors and industry officials are attending the annual conference, the largest in TACO’s history. The two-day event began Tuesday (Sept. 14) at the Lone Star Convention & Expo Center in Conroe, 40 miles north of Houston, just hours after Tropical Storm Nicholas hit the Texas Gulf Coast as a Category One hurricane.

“This is our biggest show ever in the 49-year year history of our association,” said Brian Schaeffer, executive vice president and CEO of TACO. “Only a handful of people couldn’t make it because of flight cancellations related to the storm.”

Schaeffer said attendees include 192 park operators and staff members and 115 vendors. He said the high attendance figures reflect “an incredible amount of pent-up energy that really mirrors what’s been happening in our industry overall during the pandemic.”

The annual meeting, its first during the pandemic, kicked off Tuesday afternoon with a legislative update from Ron Hinkle, TACO’s longtime legislative consultant and lobbyist, and was followed by a front desk management software seminar by Patrick Spellman, of Astra, and a workshop highlighting top campground and work camper insurance claims and risks by Chris Hipple, of Levitt Recreation & Hospitality Insurance.

Meeting attendees enjoyed a late afternoon happy hour with tradeshow vendors before sitting down for a Texas-style barbecue dinner and TACO’s annual auction, which it uses to raise funds to support the association’s government affairs program.

This year, however, funds were also needed to help TACO recover from the loss of its tradeshow displays and tradeshow travel trailer, which Schaeffer said were stolen just over two weeks ago. 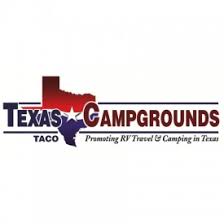 TACO purchased new tradeshow supplies in preparation for this week’s annual meeting and tradeshow, and rented a 12-foot enclosed U-Haul trailer, which TACO President Randall Dally, of Rayburn RV Hideout, in Brookeland towed to Conroe with his Ford F-350 truck.

“We got everything set up for the show on Monday,” Schaeffer explained. “Then on Tuesday, we discovered that both Randall’s truck and the U-Haul trailer had been stolen. That’s twice in two-and-a-half weeks!”

Tuesday’s auction raised in excess of $20,000, portions of which will be used to cover the loss of TACO’s tradeshow supplies, travel trailer and government affairs program.

Today’s activities include TACO’s annual tradeshow and workshops on “The Importance of Visuals” by Nichole Poisson, of Kampgrounds of America Inc. (KOA) and “The Americans with Disabilities Act Now and in the Future” by Kelly Jones, of Great Escapes RV Resorts. The meeting will conclude with a group dinner.

Based in Crowley, the Texas Association of Campground Owners is the trade association that represents over 400 campground and RV park operators throughout Texas. In addition to providing legal and government affairs support, TACO markets campgrounds through its printed campground directory, the RV Travel & Camping Guide to Texas, and through its mobile-friendly travel planning websites at www.texascampgrounds.com and www.texascabinrentals.net, which also provide digital versions of the guide.